Cassiopeia Concept Watch: Put the Stars on Your Wrist

Constellations are pretty awesome to look at, that is if you’re not living in a big city. Once you get out of urban areas, you can see plenty of them in the clear night sky. This new concept watch attempts to put a constellation on your wrist, so you can see one even if you live downtown. TokyoFlash design contributor Sam F.’s watch is based upon the Cassiopeia constellation. 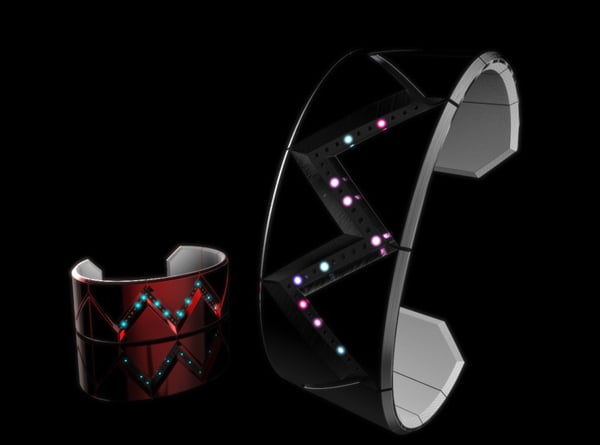 With a sleek and minimal bracelet design, the Cassiopeia watch has got a zig-zag display featuring a strip of colorful, twinkling LEDs. The pattern of the LEDs is supposed to mimic the one of the actual constellation.

You can tell the time by counting the number of colored LED lights that are lit up. With the arrangement of LEDs looking almost haphazard, telling the time might take some… time. Anyway, I’m sure that the final display will be streamlined if Tokyoflash ends up making this watch. 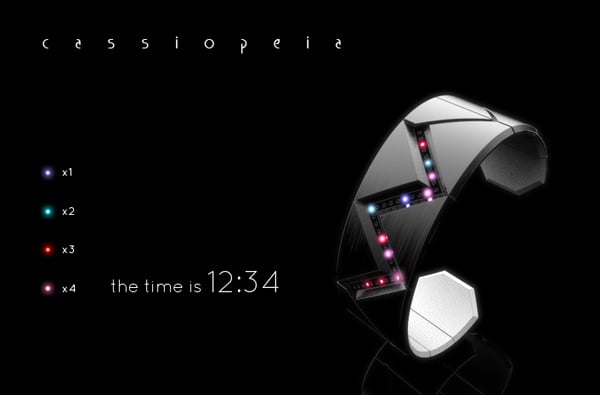 Head on over to Tokyoflash to vote for it so that it gets made!