I always wondered what it must have been like for Han Solo when he was frozen in that block of carbonite by Jabba the Hutt. We know that he was cold and blind when he came out of it, but did he dream when inside of it? Was he imagining a life with Princess Leia during his cryonic sleep, or was his brain switched off too? And if he was so cold inside, was he dreaming about sleeping inside a sliced open Tauntaun to keep warm? Who knows. I digress, anyhow, because this USB hub has nothing to do with Solo’s REM cycles – just how he looked in carbonite slumber. 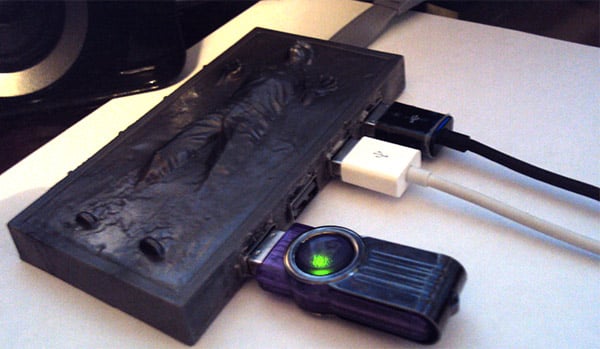 Pariah Burke created this Han Solo carbonite USB hub that’s perfect for any fan of the Star Wars saga. Also perfect for people into freezing the good guy just when the series was hitting its stride. While Solo sleeps the blackest of sleeps, you can connect up to four USB 2.0 gadgets to the side of his carbonite coffin, which is a feature that not even Jabba’s full-size version offered. Though I’ve heard that you could plug a maintenance droid to that one. 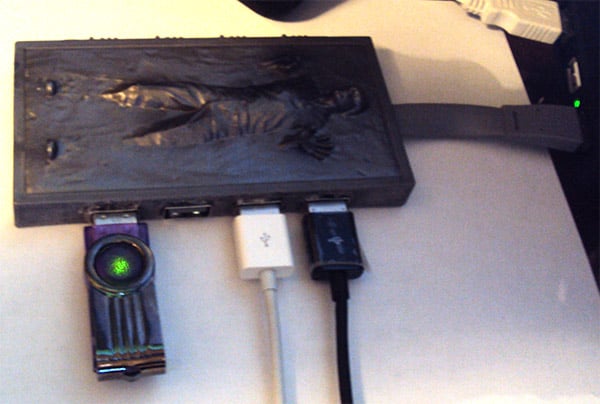 You can grab the Han Solo carbonite USB hub over on Etsy for $45(USD). Looks great with a Leia/Boushh action figure alongside it.