If you’ve used a consumer-grade portable solar charger, then you know that it takes them a considerable time to do their job. That’s why Don Cayelli invented SunVolt, which he claims can recharge gadgets at “outlet-like” speeds. I think that’s equivalent to about socket-like speeds in metric. 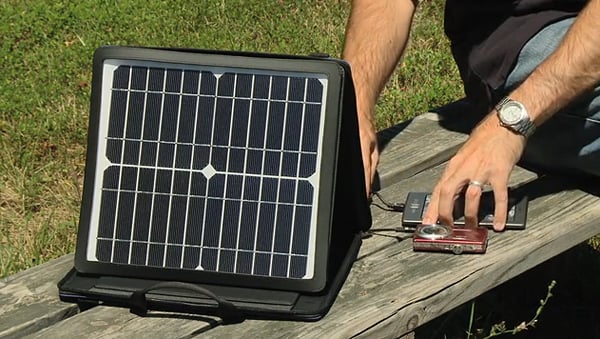 The SunVolt is available in 10W and 15W variants. Both come in a practical carrying case and will be able to charge any device that draws 5.5V or less, which should cover most if not all of your portable devices. The 10W model has two charging ports, while the 15W model has three. As you’ll see in the video below, the charging ports can be used at once, although I’m not sure if the charging time will be significantly longer compared to using just one port.

A pledge of at least $85 (USD) on Kickstarter gets you a SunVolt.