I’m not the bicycling sort and I’m more of a gearhead, but I know cycling is a very popular pastime around the world. If you’re a serious cyclist who prefers to practice indoors when the weather won’t allow you to go outside, you may be interested in a new product from Wahoo Fitness. The device is an iPhone-controlled bike trainer called the Kickr Power Trainer. 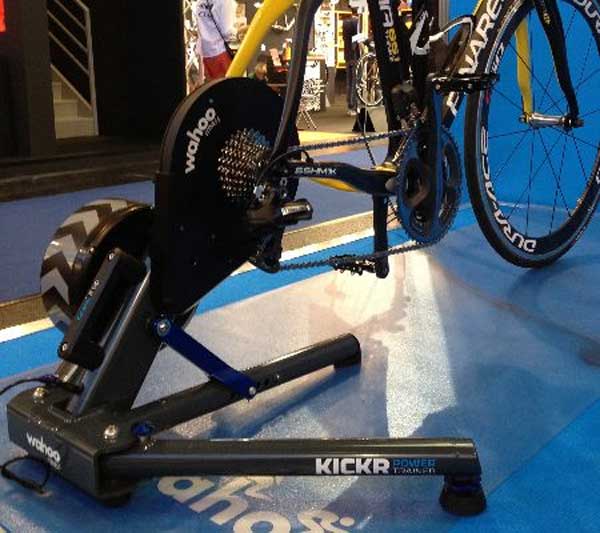 The device replaces the back wheel on your bicycle and uses apps on the iPhone to control its resistance. The device is compatible with some of the most popular bicycling apps out there including TrainerRoad and Kinomap Trainer. The Kickr is able to accurately replicate all sorts of real-world conditions from coasting downhill to riding up a 15% grade. The app allows the user to track their power in watts and speed using iPhone. The trainer is compatible with both Bluetooth 4.0 and ANT+ technologies.

It’s not clear if the KICKR includes an iPhone mount, but Wahoo does sell a variety of models if you don’t already have one. The KICKR is expected to launch in November in the US at an undisclosed price.