Sony has introduced a new hybrid computer that is made significantly less bonkers by the touch-friendly nature of Windows 8. The Sony Vaio Tap 20 is an all-in-one “tabletop” PC: it has a keyboard and mouse and other standard desktop hardware, with a couple of additions: the 20″ 1600×900 display is a touchscreen. And it has a battery. 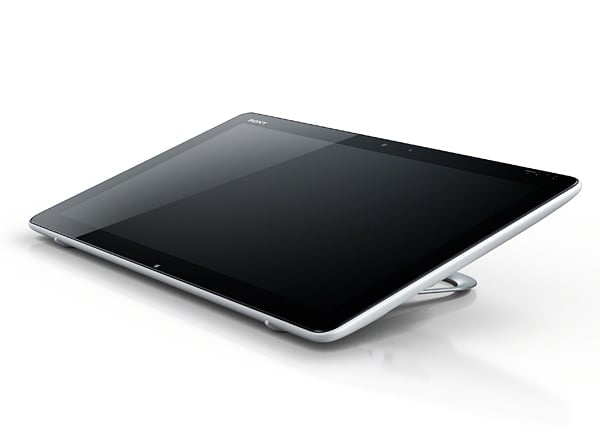 As you can see the Tap 20 has an integrated kick stand at the back. You can prop it up at the usual eye-level angle for traditional desktop use, but you can also lay the display flat and use it like a gigantic tablet. The screen can recognize up to 10 points at once, and the computer will come with 20 multi-touch apps to play around with. 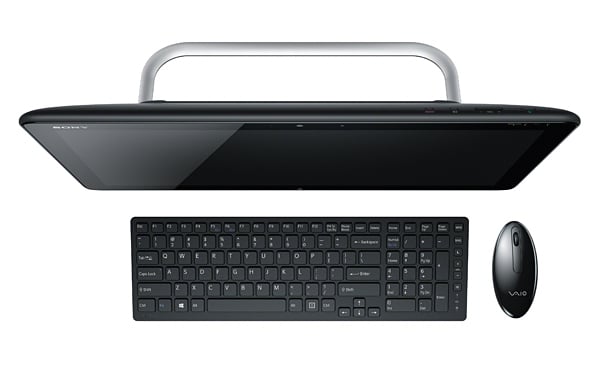 Inside the Tap 20 will be Intel Core i3 to i7 CPUs, 4GB to 8GB RAM, 750GB to 1TB HDD and as I said, an internal battery. The battery is supposed to make it easier to transport the display around the house. Then again the display weighs about 11.5 lbs. I’m thinking Sony should have used the space to fit a discrete graphics card, instead of making-do with the Intel HD Graphics 4000 integrated GPU. Below is a brief hands-on video taken by Pocket Now:

I wonder if the Tap 20 will turn out to be a consumer version of the Microsoft/Samsung Surface (now known as PixelSense), or if it will just be remembered as a gimmick.