While most of us are looking forward to a wireless future, I think we can all make an exception for this new cable. Developed by the geniuses at LG Chem, this lithium ion battery is thin, flexible yet has “the same voltage and energy density” as smartphone batteries. 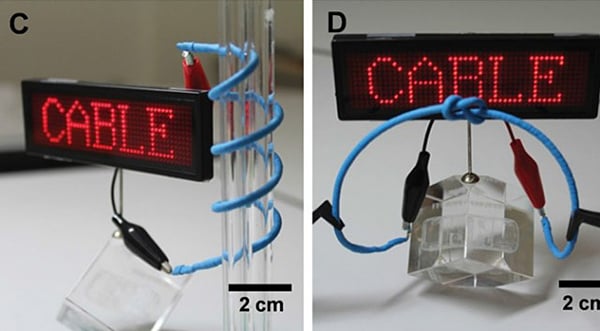 “Cable.” Huh. Is it also self-aware? Probably not, but here’s what we do know based on the research paper submitted by the scientists behind the battery. It uses a copper wire coated with a nickel-tin alloy as an anode and a cathode made of aluminum wire that’s been coated with lithium cobalt oxide. 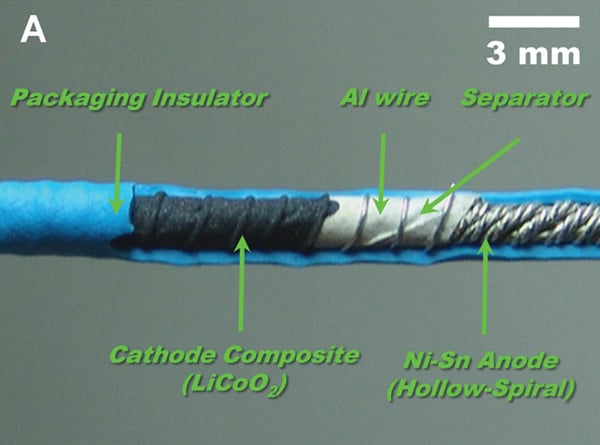 Apparently LG Chem was able to power an iPod Shuffle for 10 hours using 25cm (about 9.8″) of their stringy power source. The company hopes to mass produce the batteries by 2017 (hopefully either in a thinner form or with a higher energy density). Someday our bracelets, watch straps, shoelaces and even our clothes could be batteries, and our mobile devices will come in other forms aside from black rectangular slabs.

[via ExtremeTech via Core77]