Remember the Cheetah robot, developed by Boston Dynamics for DARPA? It wasn’t long ago that the robot hit a top speed of 18mph, which seemed insanely fast for a hunk of metal with four legs. Now the quadruped ‘bot has smashed its own record, running faster than the world’s fastest man. 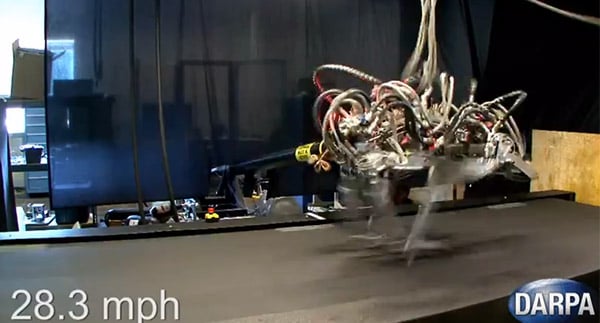 DARPA just posted video footage of Cheetah running at a top speed of 28.3mph for a 20-meter split, which is actually faster than Usain Bolt’s record time of 27.78mph. Granted, Cheetah was running on a treadmill, but I still wouldn’t ever want this thing chasing me down the street. There’s no way you or I could escape its hurtling mass. Check out Cheetah as it breaks its own land-speed record in the video clip below:

Just don’t ever give Cheetah any sort of stabby weapons, or else we’ll all be done for. 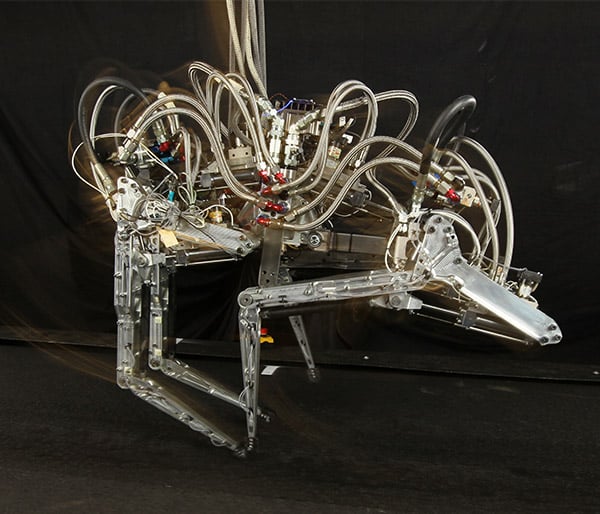