In the Android tablet realm there are plain and boring tablets that might not survive even the most gently of falls, and then there are those that can take a beating and still work. Getac has unveiled what it claims to be the world’s most rugged Android tablet aimed at use in extreme work environments. If Q ever gave James Bond an Android tablet, the Z710 would be it. 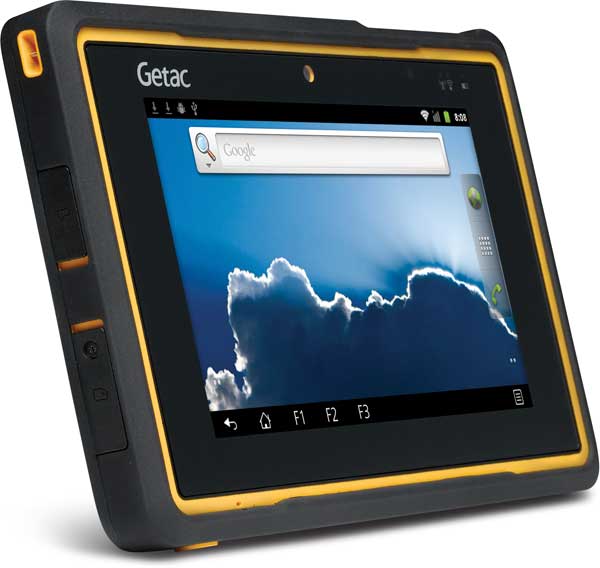 The tablet uses Getac’s LumiBond technology that combines a glove-friendly touchscreen display with a Gorilla Glass screen, a capacitive touch sensor, and an LED backlit panel. The technology gives touch sensitivity even while wearing gloves and allows the tablet to be extremely durable. The tablet measures 8.5 x 5.6 by a little over one-inch thick and weighs slightly less than 2 pounds. It was created to MIL-STD 810G / IP65 specs. That means it’s able to survive a drop of up to 6 feet, and is certified for resistance against dust and liquid as well as a wide range of operating temperatures (from -4°F to 122°F).

The tablet has Wi-Fi, Bluetooth, available 3G, and a fast SiRFstarIV GPS chipset. It also has a front camera and a five-megapixel rear camera. Since it’s designed for commercial and industrial use, it also has a barcode scanner and RFID reader built in. The tablet is very expensive though, with the standard Z710 selling for $1499(USD) and the 3G version selling for $1799. Both versions will ship in October.