The Force Is Strong in This Star Wars Wedding Cake

Wedded bliss. Is there anything more beautiful? Yes there is. Wedded bliss with an awesomely geeky Star Wars wedding cake like the one shown here. 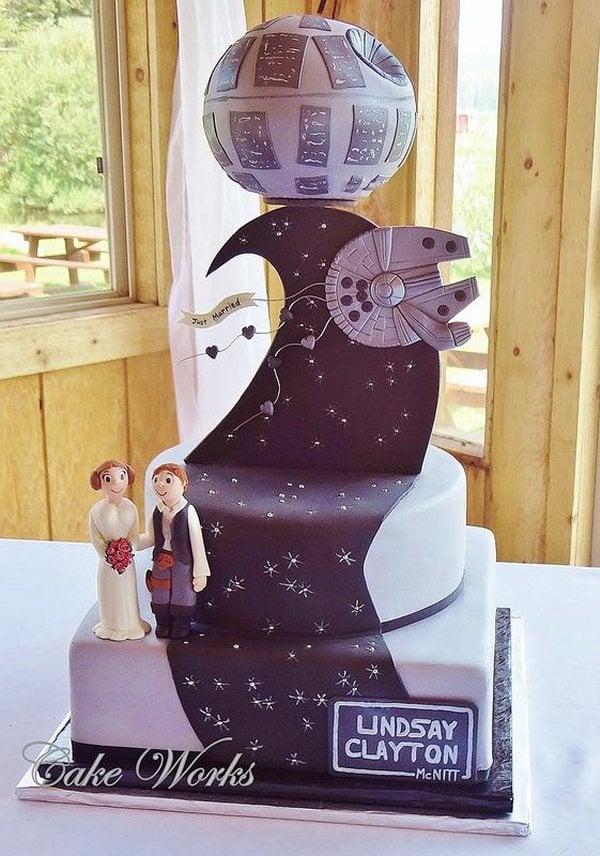 This delicious-looking Star Wars-themed wedding cake is more diorama than cake and it was made by Lisa Seidling of Cake Works. The starfield, ship, Princess Leia bride and Han Solo Groom were made of gumpaste. The cake itself, including the Death Star ball, was red velvet with white chocolate/raspberry cream filling and white chocolate buttercream covered in silver fondant – which happens to be what the actual Death Star was made of.

I love the extra details like the Star Wars style font and the “just married” ribbon trailing behind the Millenium Falcon. Han and Leia are a bit cartoony, but it works. Great cake. I wish could have eaten a piece.