Final Fantasy Ultimate Box Gives You All 13 Games for $450

Do you love the Final Fantasy games? I don’t just mean love. I mean, are you obsessed with the franchise? Do you collect all of the merchandise? Well, here’s the ultimate package to feed your obsession. To celebrate 25 years, Square-Enix(JP) has packaged together all of its core Final Fantasy titles into a single box set. 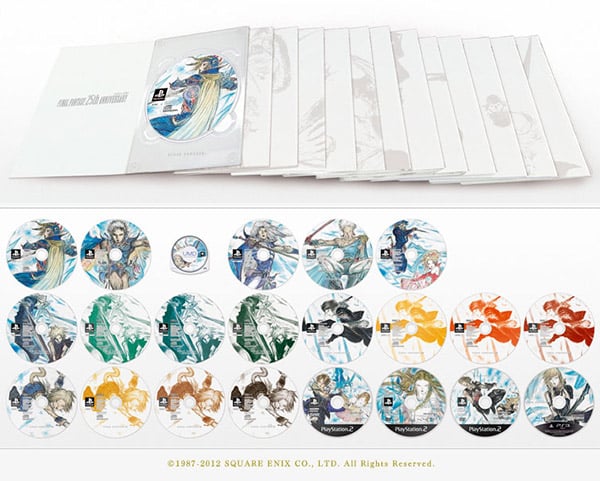 You’ll not only get discs for Final Fantasy I through Final Fantasy XIII, but you also get a numbered presentation plaque with new artwork from character artist Yoshitaka Amano, a two-disc soundtrack and a commemorative DVD. It will cost you 35,000 yen, (~$450USD). To play all of the games, you’ll need a PlayStation, a PlayStation 2, a PlayStation 3 and a PSP.

It will arrive in Japan on December 18th, but sadly it probably won’t go on sale internationally any time soon, so the rest of us will just have to deal and whine about it.

[via Joystiq via Engadget]