Cupcake Nuggets Are Fried Up For Your Enjoyment: Get The Recipe

Cupcakes have been an obsession of food connoisseurs everywhere for years, and we’ve seen some weird creations thus far.  The Cupcake Nuggets?  Extremely original – no sarcasm.  Savor this moment, friends, because my posts are generally dripping in sarcasm, and my fried chicken wings are always dripping in grease.  If you can’t make transparent spots in a pile of napkins, you’re not doing it right.

Cupcake Project is the mastermind / evil scientist behind this wonderful creation.  I just have one question: is the world prepared to handle this kind of treat and the power that lives within it?  Said power: 10,000,000 calories that go straight to your sexy love handles and turn them into (still sexy) love safety bars. 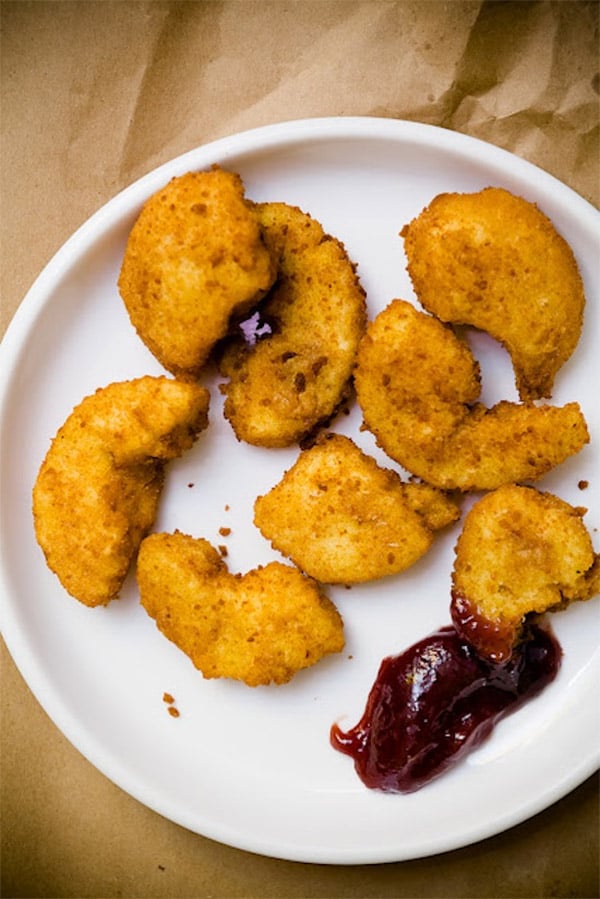 So, they look delicious, but what exactly are Cupcake Nuggets?  Prepare to have your collective mind blown, friends, because this is a little bit of cupcake-ception and a whole lot of fried oil.  Each Cupcake Nugget is a carefully crafted piece of cupcake which has been breaded with cupcakes and then deep fried in a vat of goodness.  Yes, they were designed to look like chicken nuggets, but I can assure you that they taste like the world’s favorite snack.  (Which is cupcakes, according to the same statistician who said that his cologne works every time sixty percent of the time.) 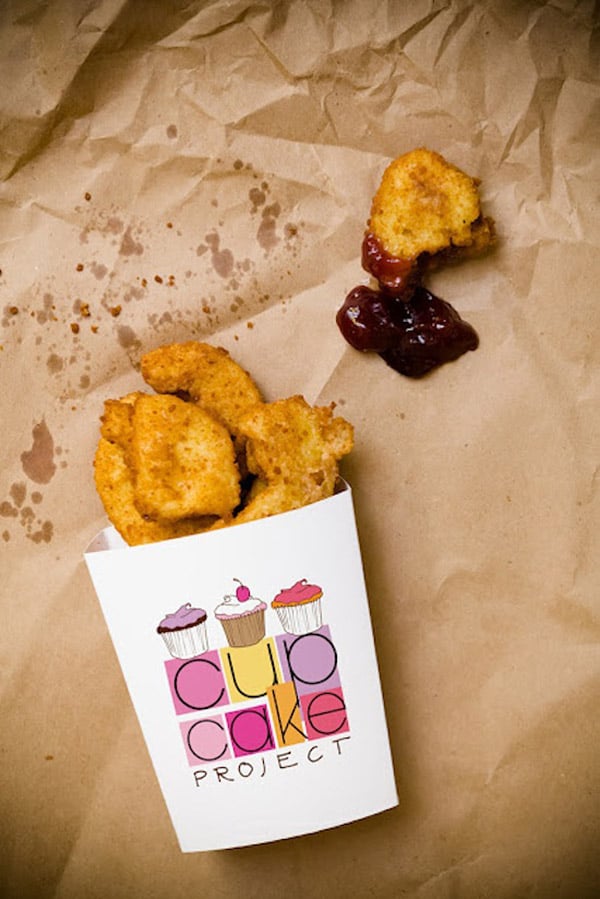 The special sauce pictured above is meant to look like barbecue sauce, but it’s actually raspberry jam!  (The baker had almost as much fun trying to stick to the chicken nuggets theme as I did launching pennies at the children playing in the snow, but that’s a story for a different time.)

I have been told that the Cupcake Nuggets taste like donuts with a crispy exterior, but surely you’ll want to grab the recipe and experience the slices of heaven for yourself!  If you’re not ambitious enough to try making these treats, then I’d recommend you hop on over to the Cupcakewurst Cupcake-Filled Sausage or the Ned Stark Cake Pops if you’re a Game of Thrones fan like me.  Tyrion Lannister for President 2012.

This super awesome post was written by Jack, lead blogger at Cool Gizmo Toys.  Jack puts together lists to help geeks quickly find the stuff that they love, and has a free eBook that you can get today!