Summer is nearly over, but that doesn’t mean you can’t still hit the pool or swim in the ocean for the next few months. These Star Wars inflatable pool toys are inspiration enough for me to hop back in the waters, even with Fall approaching. 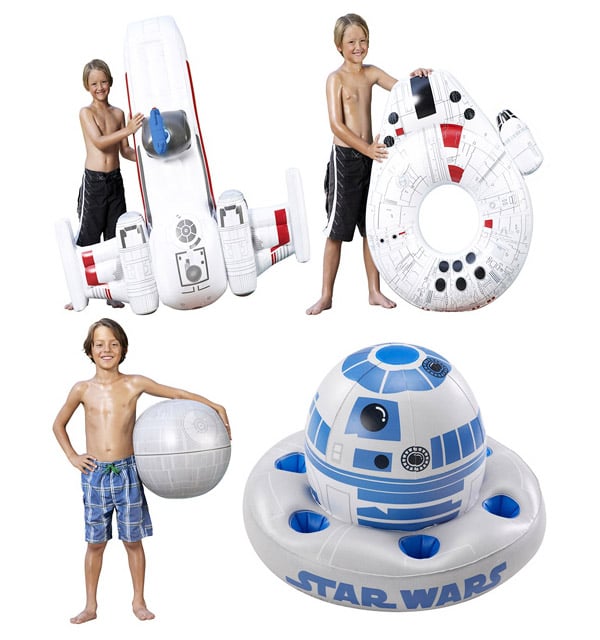 As you can see, the series includes awesome Millennium Falcon and X-Wing Fighter floating loungers, as well as the world’s best beachball – made to look like the Death Star. But I think the floating R2-D2 drink server is my favorite, as the little droid was built to serve after all. And if your favorite body of water happens to be a swamp, you can pretend to be on Dagobah.

Apparently, these things were made by Jakks Pacific a couple of years ago and distributed through Target stores in the US and Walmart stores in Canada. I never saw them in stores, and I’m not sure if they’re still making them, but you might want to keep an eye out on eBay for them to turn up there. In the mean time, I found a Jar Jar Binks inflatable pool if you’d like to fill it with water and then throw Jarts at Jar Jar’s face.