We here at Technabob often feature cakes in the shape of geeky stuff, but more savory baked goods rarely seem to get their fair shake. Here’s one of the few times that a loaf of bread rises to such heights of perfection. 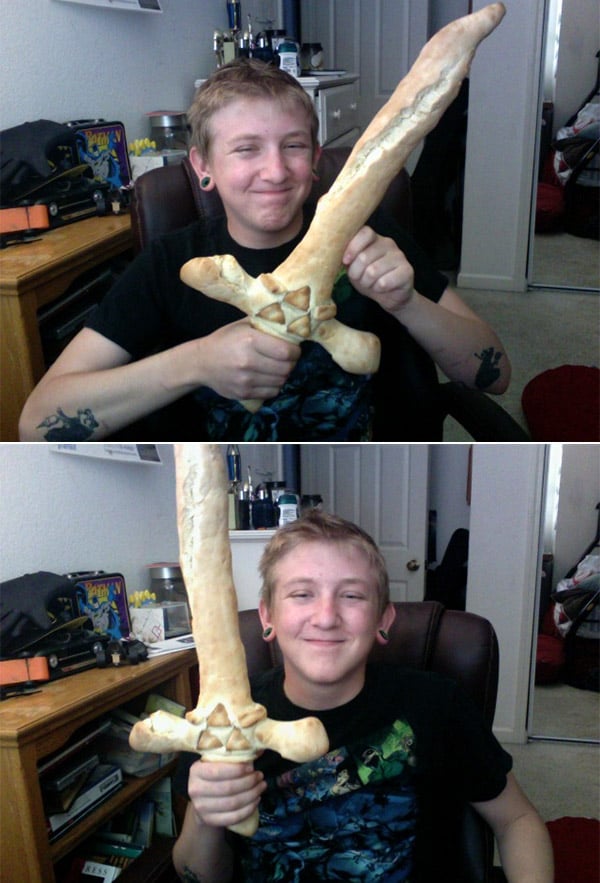 Tumblr contributor spacekat267 is a Zelda fan, and decided to bake himself a loaf of bread in the shape of Link’s sword – complete with TriForce markings on the hilt. He goes on to say that it “’twas delicious and most powerful with a side of Lon Lon Ranch.” Very funny, spacekat. Very funny, indeed.

Apparently, the breadstick sword was so well received that he decided that the next time he has time to bake a loaf, he’s going to crank out a Hylian bread shield to go with.

I Can’t Go for That Instrumental Cover