Combat Creatures Attacknid Robot Revealed: Get Ready for The Holiday Toy of the Year

A few months back, robot/toy designer Jaimie Mantzel showed off an early prototype of a six-legged robot toy that looked pretty damned awesome. He announced at the time that he was working on it so a production version could eventually be made, and now we can see the final build in action! 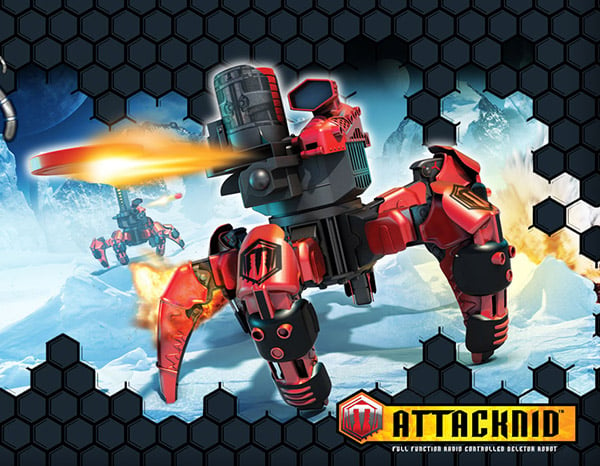 The first of the six-legged robots in the new Combat Creatures line-up is dubbed Attacknid (despite not having eight legs like a spider, but I don’t care.) The final version of the robot measures 10 inches-tall, and can fire foam projectiles up to 30 feet from its 360° rotating head. You can choose from three different weapons, including foam “Dissector Discs” (included), or upgrade with “Snyper Darts” or “Destroyer Spheres.” Despite not seeing pics of them yet, those all sound awesome to me. 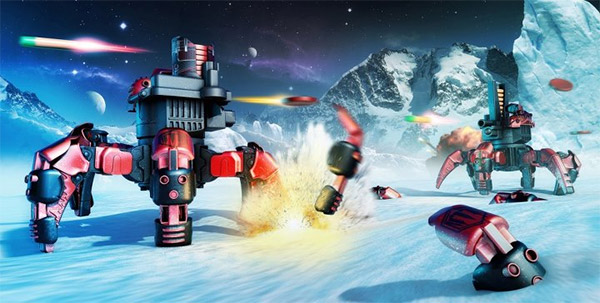 Of course, the entire thing can be controlled remotely, and the 2.4GHz wireless communication supports up to FORTY robots in simultaneous battle! Oh, and if you hit your opponents armor directly it “explodes” off of its legs – and three direct hits shuts down the other ‘bot cold. And from the looks of the video clip, you can swap out colored skins on your ‘bot too.

Oh, and its designer is encouraging hacks and mods, as is proven by this freakishly awesome, illuminated Attacknid somebody already put together:

The Attacknid Combat Creature is available for pre-order now for £69.99 (~$112 USD) for delivery in the U.S. and the UK, though only the UK will get their orders in 2012. That price includes the Attacknid robot in black, a red skin set, the remote control, Disector weapon, 20 foam Dissector discs, and various other bits and bobs. No word yet on how much the add-on weapons and skins will sell for.