R2-D2 has done many important things in his life. He carried the Death Star plans, befriended Luke, befriended Anakin before him (sure, whatever.) and even likes to ride in an X-Wing Fighter now and then. And now he is performing his most important task. Serving up beer to over-enthusiastic sports fans. 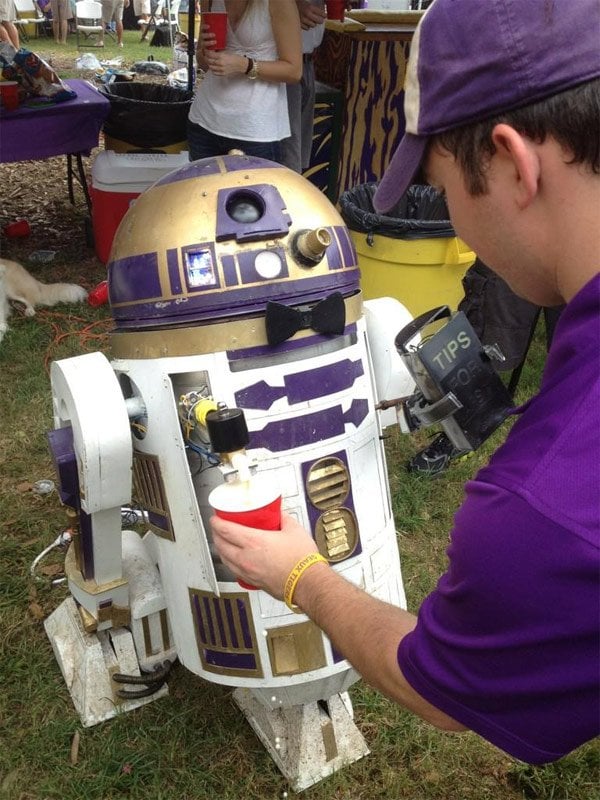 R2 can be seen in the accompanying image playing bartender at a tailgating party at the LSU vs. Washington football game.

They must have been drinking while they were making this Astromech droid, because his dome was painted purple and gold (LSU’s team colors.) He also has a bow tie. The main thing is that he is willing to serve up beer as long as you don’t mind putting some dollars into the tip jar.

[via Geekosystem via Obvious Winner]