If taking over a cockroach’s nervous system sounds like your idea of a good time, you should join up with these North Carolina State University researchers, who are having a grand old time perverting nature and ushering in humanities downfall. 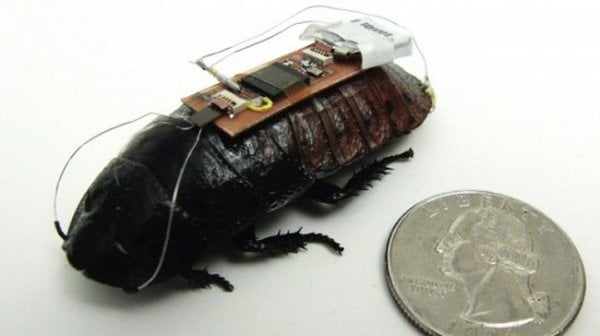 These researchers are molding a commercially-available chip that could be mounted on a cockroach, along with a wireless receiver, transmitter, and controller. It sounds crazy, but when you think about it, cockroaches can get into all kinds of small places that people can’t go. Heck they can even survive a nuclear blast, or so I’ve heard. In short, they are perfect for this job. By job, I mean becoming zombies and being controlled like an R/C car, or following along a pre-determined path like in the video clip below:

They are perfect for spy missions, or as explosive carriers and anything else that our minds can dream up. All the more reason to get the Raid out and step on these suckers.