Mechanical Hand Lets You be Steampunk Sabertooth. Or a Messy Eater

Whether you need one for cosplay of you just want really large fingers, Ivan Owen can give you a hand. Literally. Owen runs ChainCrafts, an Etsy store that specializes in armor, costumes and jewelry. His most intriguing product is the mechanical hand that’s twice the size of a human hand. 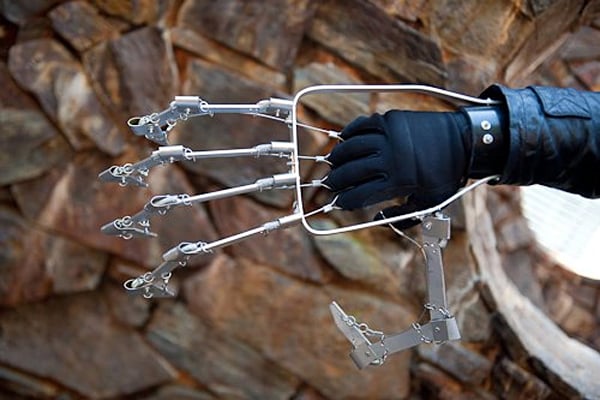 What’s awesome about the hand is that it has cables that let the wearer control each finger with his own fingers, like so:

Here’s another version of the mechanical hand. Owen said this one was going to be used in a werewolf costume:

Both of the hands I showed here have already been sold, but you can contact Owen via his Etsy shop and order a new one for around $230(USD) if you want. Owen is also hard at work co-developing a more practical version of his mechanical hand: prosthetic fingers.