Ben Heck is well known as a modder extraordinaire, and this time he doesn’t let anyone down by cobbling together a pocket PC from an array of harvested parts, including a chatpad from an Xbox 360 controller. 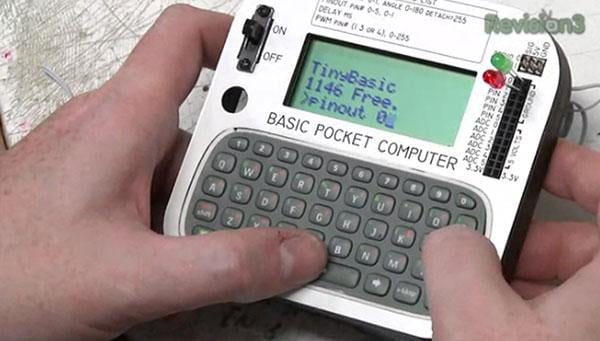 The BASIC pocket PC uses the aforementioned chatpad, an Arduino Uno and a Hitachi LCD display. The handheld computer runs an appropriately tiny version of the BASIC programming language called TinyBASIC. Thanks to its built-in interface, this Franken-computer allows Ben to control real-world objects – for example, Heck uses it to control a servo-operated ghost on a pinball playing field.

Check out the full show where Heck shows you how he built the device and to see what it can do.

The whole thing is pretty neat, but you’ll need to brush up on your electronics skills if you want to be able to make one of these for yourself.