So we recently saw Boston Dynamics updated Cheetah robot which is now capable of outrunning humans, and now we have video of the latest improvements to their DARPA funded Alpha Dog robot. Alpha Dog is slower than Cheetah because it is built for different tasks. For one thing, it will carry a soldier’s load on just about any difficult terrain. 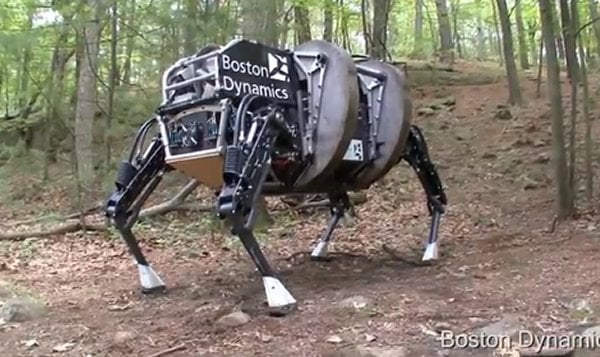 The latest updates to the robotic mule include reducing the noise it produces to just 10% of past models. It’s still not quiet at all, really, but it’s an improvement. It won’t be doing anything stealthy any time soon.

The robots are designed to work as a sort of mechanical herd, so they have improved their ability to work together. Now the herd will follow in the designated leader’s footsteps better than ever. In the words of just about every Doctor from Doctor Who… “run!”