Reddit user eclaire4186 received the best wedding gift ever when her sister had these Dalek cakes made for her. Her sister had been teasing her for months and then, just as they were wrapping up the wedding lunch, these two creatures were unveiled. 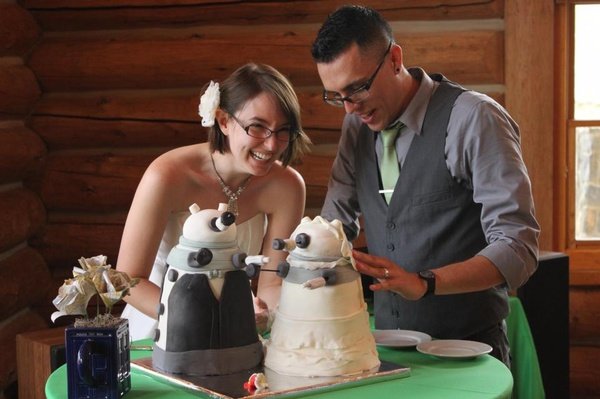 Her sister found someone to make a Dalek Bride and Groom! A well-dressed Dalek bride and groom at that. If you are going to exterminate bachelorhood, this is the way to do it. Though I’m not sure about Daleks with pasty white skin, they look pretty cool.

For some reason, the groom Dalek reminds me of Winston Churchill. It’s probably the cut of the suit and the girth. He just needs a cigar. What a great sister!

[via Neatorama via Geeks Are Sexy]