Darksiders II on Wii U Gets Hours of Additional Game Play

We are already knew Darksiders II would be a launch title for the Nintendo’s upcoming Wii U console. THQ has offered up some details on the video game that we didn’t previously know, that people planning to purchase the Wii U should really like. Namely, the game will have tons of additional bonus content not available on other platforms. 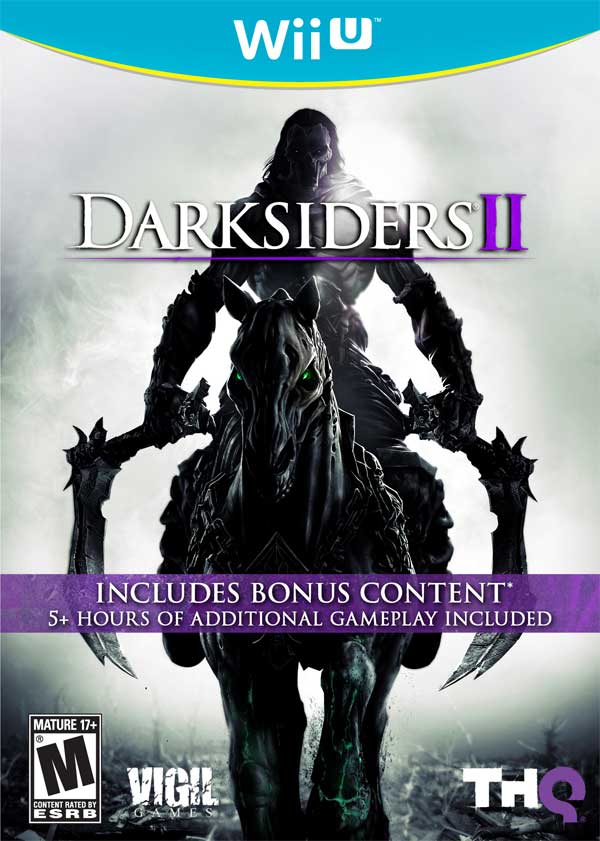 THQ says that the Wii U version of the video game will include the first DLC expansion for the title called Argul’s Tomb. The Wii U version will also get all pre-order bonuses from other editions of the game. Overall, Wii U gamers will have an additional five hours playable content along with the legendary weapons and armor.

THQ has also confirmed that the game’s controls will take advantage of the unique touchscreen GamePad the Wii U offers. The screen will display map and objectives as well as giving quick access to abilities and inventory. The game will also use the console’s Gyro functionality for evading attacks and manipulating objects.