Think you’re good at Six Degrees of Kevin Bacon? Google dares you to challenge its search engine. All you have to do is type an actor’s name and then “bacon number” (without the quotes) and the all-knowing box spits out the answer. 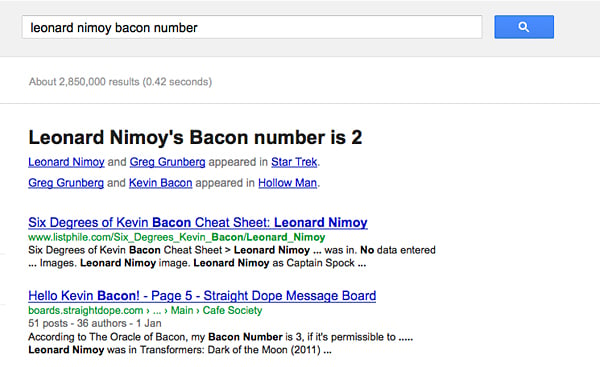 I even tried non-American actors and it still wasn’t fazed. Attempting to introduce a loop won’t make it hang either: 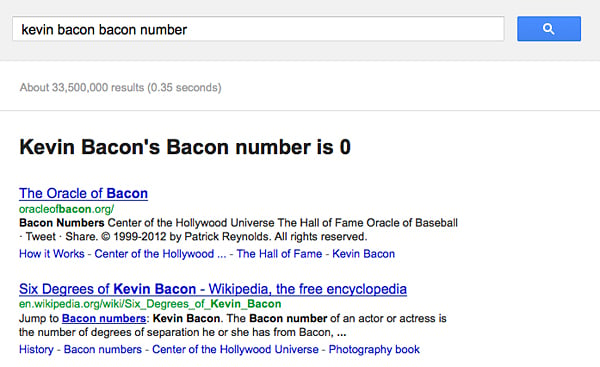 As if YouTube wasn’t enough of a time sink already. Thanks Google.