Women (and the occasional guy) are known for splurging on things that don’t really make sense sometimes. A dress that costs five hundred dollars. A pair of shoes that retails for several thousand. But I think even the most frivolous of women would draw the line at paperbag purses priced at $290. 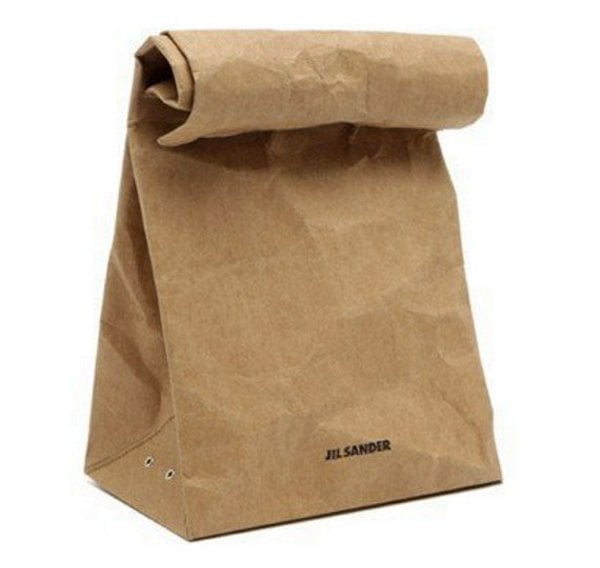 No, that wasn’t a typo. The paper bag you see above is really being sold for close to $300 (USD).

It’s part of Jil Sander’s fall/winter collection, and is called the Varsari bag. That’s a pretty fancy name for a purse that looks like a brown paper bag, isn’t it?

I’m not sure what theme Jil was working with for her line, but what was she thinking? Carrying around a brown paper bag while you’re dressed to the nines doesn’t seem like you’re making a fashion statement; it just looks tacky. Now it would totally fit in with your outfit if you’re dressed like a hobo, but really, I doubt you’d go through all that trouble just for this little “purse.”

But if you want it, here’s a tip: just buy a pack of paper bags, line them with plastic or something, and you’re good to go. All for less than a dollar. And if you’re a really big spender, you can buy a reusable paper bag for $19, and put the other $272 back in your other purse.

P.S. I stand corrected. Apparently, the brown paper bag purses sold out almost immediately when it went on sale. A black leather version of the Varsari also went on sale for twice the price and were snatched up immediately as well. They might be calling it a “fashion statement” but I just don’t see it. Do you?