Whenever Popeye was in trouble, he’d always reach for his can of spinach that would give him the strength to punch Bluto’s lights out.

While spinach won’t really transform a normal human being into a massive hulk, it actually achieves an effect similar to that on Popeye when it comes to solar panels. 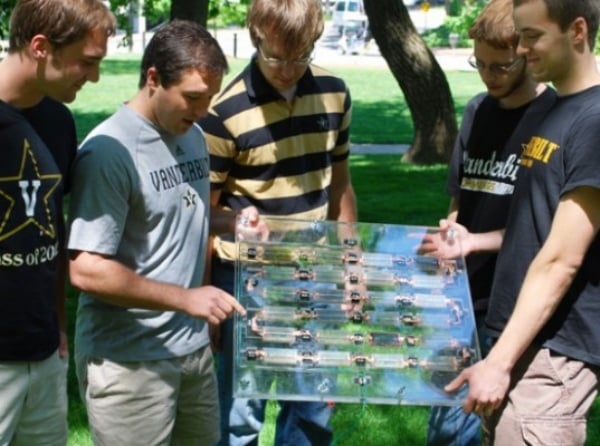 A team of researchers from Vanderbilt University in Tennessee published results from their study which showed that a protein found in spinach known as PS1 was actually pretty efficient in converting light to energy.

They recommended that this protein be combined with the silicon used in creating solar panels to come up with a more efficient system. This discovery was first reported forty years ago, but no one really did anything about it – until now.

When the researchers built the biohybrid cells and put them to the test, they discovered that it was up to 2.5 times more efficient than cells without the protein.

Professor David Cliffel explained: “People are trying to get around limitations in semi-conductors with fancy, multi-element devices. But molecular biology is a better known game than these complicated multi-element inorganics. Our components are also non-toxic [and] they literally grow on trees.”

Now who would’ve thought that spinach was indeed this powerful?

[via BusinessGreen via Softpedia]