…by different I mean it looks exactly the same as the famous robot from Portal 2. An achingly short video of the replica was posted at Valve’s Facebook account, with no further details provided other than an acknowledgement from the Valve Store Facebook account, which said “Hello friend.” 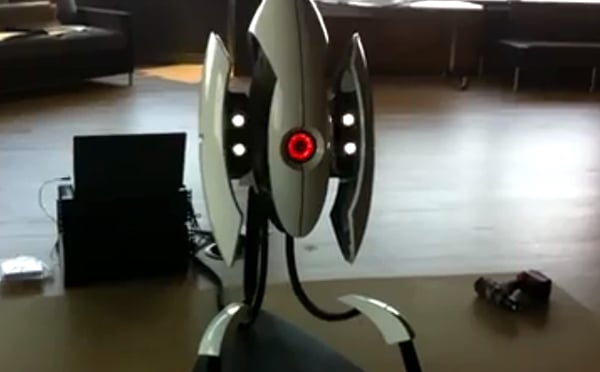 The turret – which seems like a life-sized replica, or if not has to be at least 3 feet tall – has the customary glowing red light, blurts out sound bites and best of all, has machine guns that protract from its shiny body. But since the turret doesn’t hate you, the guns have been replaced with blinking lights paired with gunfire sound effects.

I’m not sure if Valve – or anyone for that matter – will be selling the replica, but I am sure that there are thousands of people out there who would buy it in an instant.