I’ve heard of cameras being rugged, but surviving a 12,500-foot drop is quite impressive. A skydiver apparently lost his GoPro camera on the way down and it managed to survive the fall, in fact, well enough to record its owner’s landing a few minutes later. 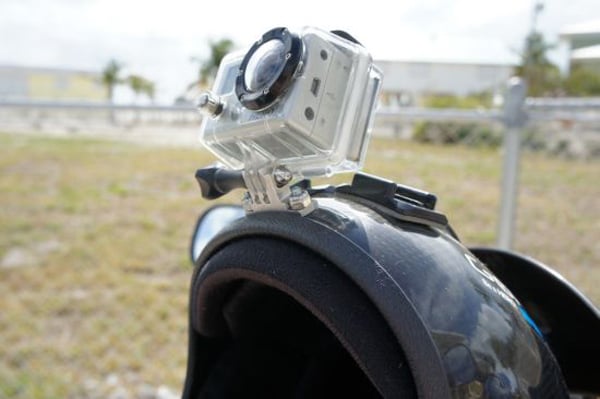 Lucas Damm was skydiving in Canada with some friends, and was using his GoPro camera to catch all of the action. It was mounted on his helmet in a protective case, but was knocked out when he clipped it on the plane’s door while leaving. It spun wildly and fell to the ground, but landed upright and into the right direction to catch the skydiver’s landing.

Lucas noticed that the camera was missing only after he had landed. However, one of his friends noticed a shiny object and they discovered the still-functioning GoPro. It may sound like a fake or a publicity stunt for GoPro, but Lucas swears that it’s legit.