Samsung has been very successful with its new smartphone the Galaxy S III and it has sold tons of the device. If you happen to be the owner of one of these smartphones looking for a case to protect it and need some extra battery life, you might want to check out this case. 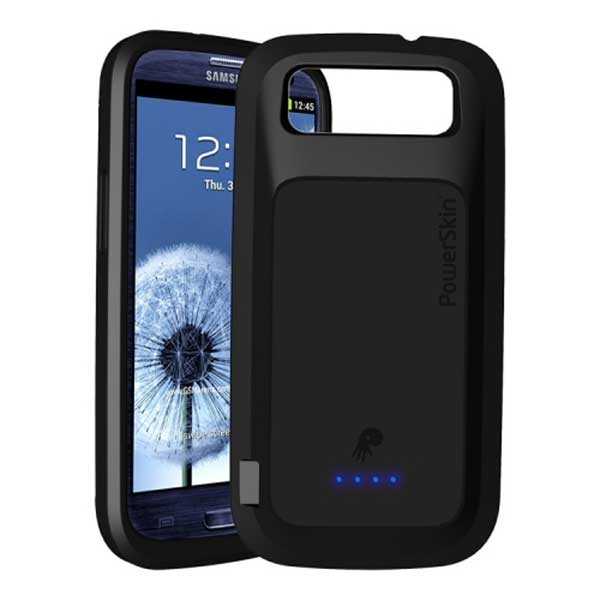 The PowerSkin case adds an extra battery which has 1500 mAh of power, giving your phone up to 170 extra minutes of talk time or 97 extra hours on standby. Bright blue LEDs on the back to indicate how much power is left in the battery, and it also has smart technology inside to turn off when the smartphone is fully-charged to prevent wasted power.

The case also uses special technology to ensure that the Galaxy SIII’s NFC wireless transmissions pass through the silicone material, allowing the smartphone to communicate with other devices placed close to it using magnetic field induction.

The PowerSkin case is available right now for $79.99 (USD).  As an added bonus people to buy one before September 19th also get a free portable speaker.