Online hoaxes are a dime a dozen these days. A pretty cruel one recently made the news. It was in the form of a Facebook hoax that alarmed a mother and made her relatives think that her seven-year-old son had passed away. 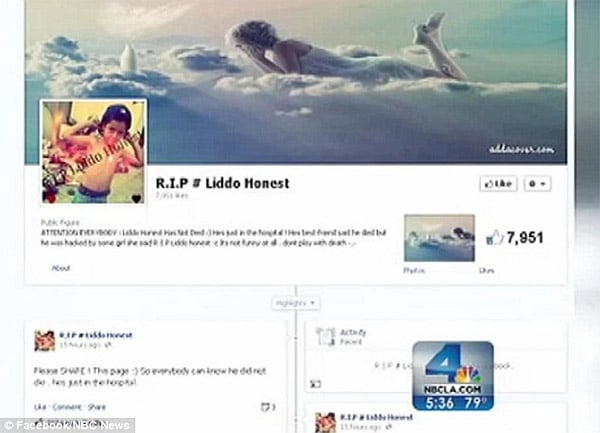 However, the reality was that Javier Quintana was alive and kicking and standing right in front of her. Unfortunately, friends and family members didn’t know that and were devastated at the ‘news.’

Pictures, videos, and stories about Javier were posted online on a Facebook memorial page that was dedicated to Javier. His mother Patricia was beyond angry and has since filed a report with the local police.

Authorities looked into the matter and discovered that two teenagers were behind the whole thing. A 14-year-old girl was joking to a 13-year old boy about Javier’s death (which doesn’t sound like much of a joke), when the boy took things too far and created the memorial page. The girl asked him to take it down but by then, messages of grief were already pouring on the page.

No charges have been filed, and Javier, who was confused about the whole fiasco, was quick to assure friends and family: “I am alive and I’m fine… I don’t know why they put it, but I just feel bad for that.”

So guys, just avoid the whole mess and don’t make jokes about death because they really aren’t funny at all.