This is the most awesome bit of science news I’ve heard in a long time. Scientists have determined that a warp drive similar to what the Enterprise used to get around the universe is actually more plausible than previously thought. Back in 1994, a Mexican physicist named Miguel Alcubierre proposed a spacecraft that had a ring around a football-shaped craft. 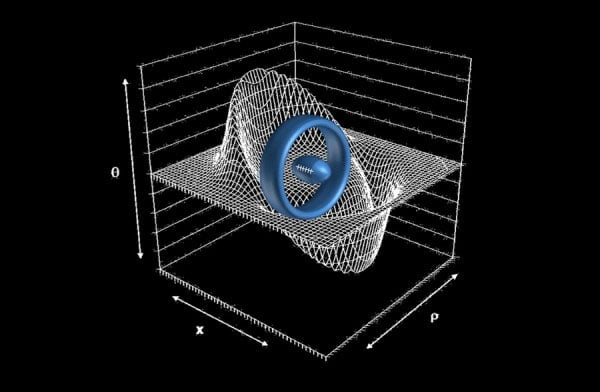 The idea was that the ring, constructed from exotic matter, would warp space-time around ship creating contracted space in front and expanded space behind, pushing the craft at faster-than-light speeds without breaking the cosmic speed limit, about ten times the speed of light. The problem was that further research concluded that the spacecraft would need a minimum amount of energy equal to the mass-energy of Jupiter.

Further investigation by scientist Harold White from the NASA Johnson Space Center has determined that the needed amount of energy is actually much less than previously believed – with a few tweaks to the design of the ship. Rather than using a flat ring, White proposed a ring shaped like a rounded doughnut and determined that using that shape the warp drive could be powered by a mass about the size of the spacecraft like the Voyager 1 probe. White also said that by oscillating the intensity of the space warps the energy could be reduced even more. As a result of White’s recent findings, further research will be conducted on the possibility of warp travel.