Telepresence robots seem to be something that some people are starting to look at, and that’s one of the reasons why two Princeton students, Tianlong Wang and Xinyi Chen created the Helios robot. It turns your smartphone into a mobile telepresence rig for far less than other solutions. 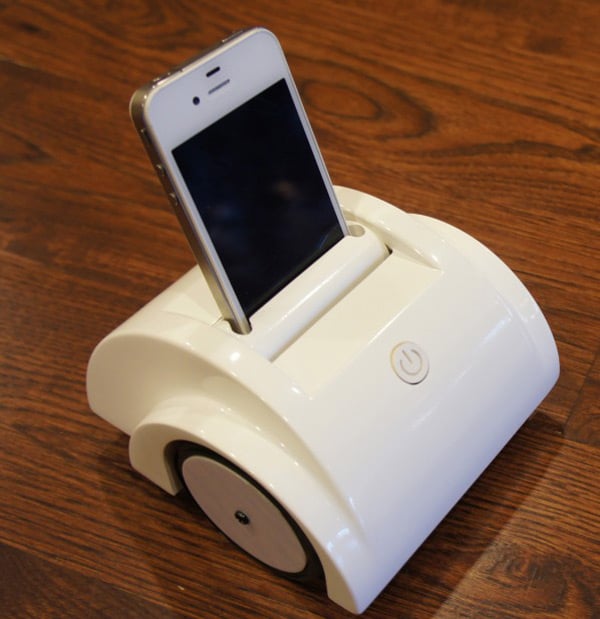 Helios looks pretty interesting, as it’s an extremely low-cost solution. I’m all for telepresence, but spending thousands of dollars for a remote avatar doesn’t interest me at all. The Helios will retail for just $99(USD). The small, wheeled robot will allow you to have video chats with friends, family and co-workers around the globe, while you can steer the tiny ‘bot to follow them around or change camera position remotely. Thanks to a clever system that reads symbols off the bottom edge of the smartphone’s screen, it should work readily with a variety of phones. The prototypes work only with iPhones, but after launch, the plan is to release Android and Windows Phone apps as well. 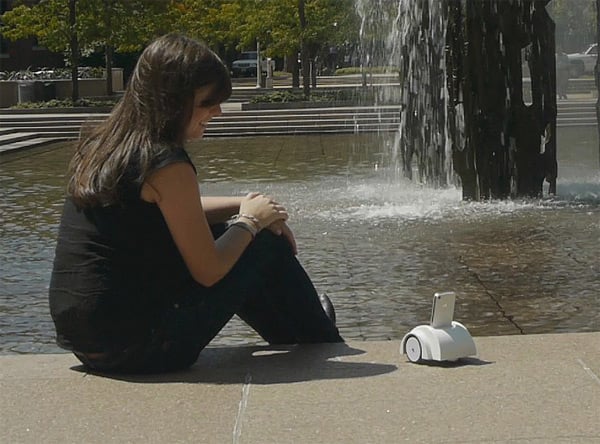 Hello Labs is currently accepting pre-orders for the device, which is supposed to ship for this year’s holiday season. They also plan on launching Helios as a Kickstarter campaign.