GTA IV Mod Lets You Play as a Giraffe

The best part of the GTA games is the mayhem that you can cause as you drive and run and gun throughout the city. Some of the mods for the game are pretty cool too. You know what’s really awesome? A mod that lets you wreck havoc across the city as a giraffe. 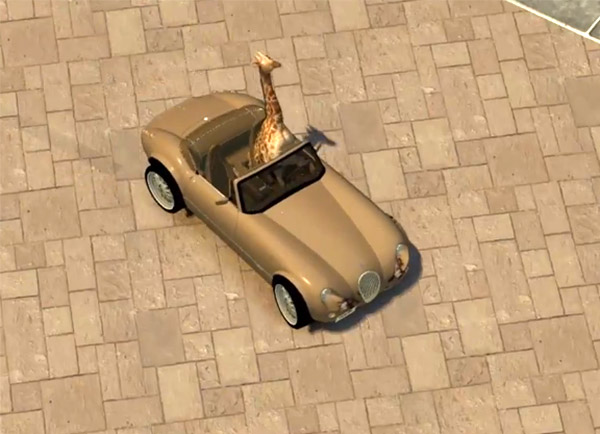 There is nothing better than seeing a giraffe riding a motorbike, firing an RPG and pushing cars so they go flying like Superman sneezed. This Grand Theft Auto IV giraffe mod by indirivacua is some hardcore giraffe action for zoo fans everywhere.

Just make sure that you watch the video all the way through to the end, you’ll be happy you did. It is some funny stuff. To me at least. Who doesn’t love a giraffe on a rampage? But how about elephant?