Have you played Minecraft so much that sometimes you see the world in voxels? This isn’t one of those times. The blocks below are real and even react to being hit by a pickaxe, thanks to the clever work of creative technologist Ben Purdy. 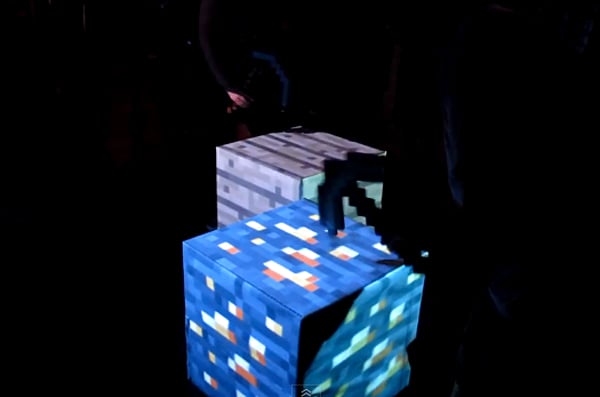 Purdy installed piezoelectric sensors on the cardboard boxes to detect force, i.e. when the boxes are hit. An Arduino microcontroller sends input from the sensors to a computer, which then uses a program written by Purdy to produce the appropriate animation. Finally, the animation is beamed to the paper-covered boxes via two projectors.

You can check out a cleaner video of the Minecraft block on Purdy’s website. I wonder if its possible to use this tech to create an interactive Punch Out! game this way.