Next Time on Doctor Who: Dinosaurs on a Wedding Cake

I’m sorry guys, but that Dinosaurs on a Spaceship episode of Doctor Who… not so great IMHO. But if there is one good thing that came from that episode, it is this awesome mini episode called Dinosaurs on a Wedding Cake. 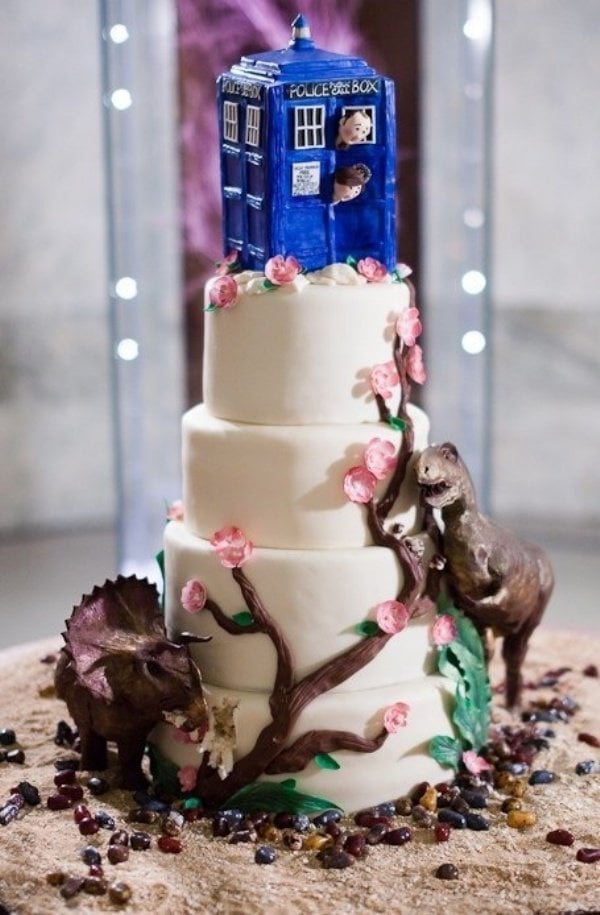 They didn’t waste any time getting this cake made so soon after the episode. It looks like the entire thing is edible, even the rocks and sand. It was made by the Butter End Cakery. Obviously that isn’t the Doctor and Amy popping their heads out of the TARDIS. I assume that it’s the bride and groom.

Seriously guys, this cake is much better than the episode it’s based on. It’s twice as intelligent and twice as filling.

[via BTP via That’s Nerdalicious]