Allergic Second-Grader Sends Robot Avatar to School in His Place

Devon Carrow is a fairly normal kid, except for the fact that his allergies are so severe that he has been compared to David Vetter, the boy who inspired the film The Boy In the Plastic Bubble. His allergies make it impossible to attend class with all of the other kids around. 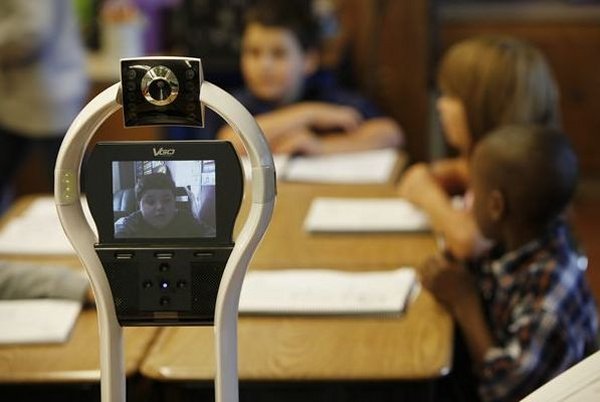 The slightest thing could send Devon to the hospital. However, that doesn’t mean that he can’t attend school. Devon has a VGo telepresence robot that can travel the halls, sit at a desk and even go outside at recess time. While he is doing all of this through the robot, Devon is safe at home 5 miles away.

He controls the machine’s movements and camera from home, and interacts through the hi-def monitor and indicator lights on the VGo. This is the perfect example of how technology can make a major difference in our lives.

[via The Buffalo News via Neatorama]