Guns Made from Animal Bones: Shoot to (Road)kill

As art, these guns made from the bones of dead animals, is pretty awesome. Still, it’s a bit too creepy for my gun-wielding needs. These guns are a lot like checking out a hot Goth chick. They are morbidly beautiful and I can’t help but stare, nevertheless, I don’t want to be around most of them. 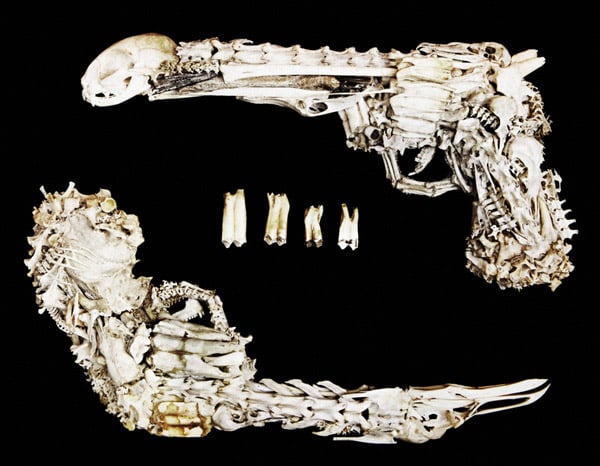 These unusual gun replicas are made from the bones of a variety of woodland animals by Bruce Mahalski. No, they don’t fire bone ammunition and they aren’t for killing demons. As far as I know anyway. The bones are attached to toy guns to give them their structure. 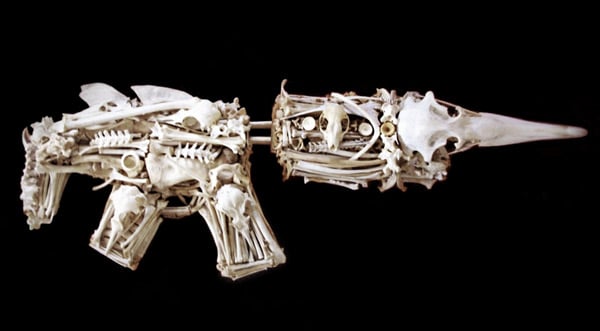 You’ll find parts of ferret’s, cat vertebrae and more on these guns. I don’t even wanna know where he gets his supplies. Maybe he knows somebody in the roadkill cleanup business. Say, wasn’t that on an episode of Dexter?

[via Nerdcore via Obvious Winner]