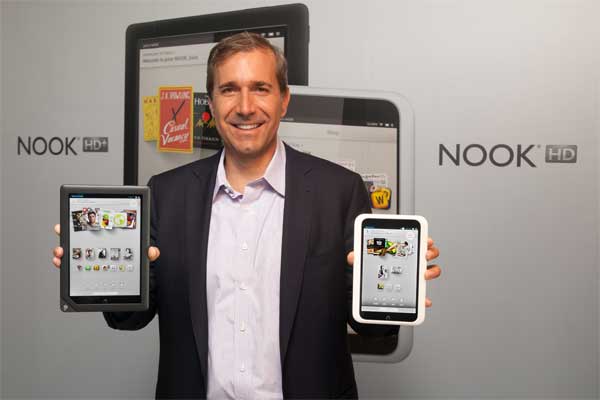 The seven-inch tablet is powered by  a 1.3 GHz dual core OMAP4470 processor and has 1 GB of RAM. The tablet is available in white or black colors with 8 GB or 16 GB of storage.

The nine-inch screen tablet has a resolution of 1920 x 1280 (at a density of 256ppi), meaning it supports full HD resolution for streaming video. It’s powered by a 1.5 GHz dual core OMAP4470 processor and has 1 GB of RAM. Both tablets can be expanded by up to 32GB using a microSD card as well, and require a Wi-Fi connection to download or stream content. They also both have an HDMI output for connecting to your TV.