You may not have any memory of it, but The Silence played a big part in series 6 of Doctor Who. That’s what those tally marks on your arm are all about. This Doctor Who Silence plush is pretty cute, despite having no arms or legs. 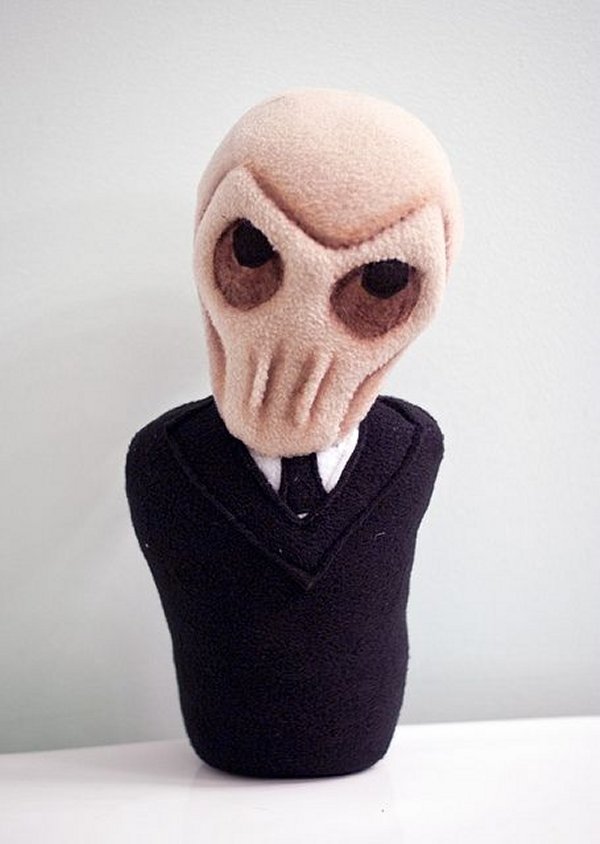 This Silence plush is so soft that the only threat he has is that cuddliness will fall and you will hug him close. He’s cute, he’s cuddly, still a bit creepy and he’s no threat at all to you or your other plush toys. This armless and legless Silence was made by crafter Suzannah Ashley.

He stands 15″ tall and will be shown off soon over at Shmancy in Seattle. Great job Suzannah. As for the rest of you, as soon as you look away from this article, you will forget he ever existed. You might want to mark your arm.

[via Super Punch via Neatorama]