Sometimes you can’t just pick one favorite character from the Star Wars movies. Who says you have to? At least that’s the idea that one baker had when creating what could be the most awesome Star Wars cake ever. Ok, it’s not as incredibly crafted as the full-size Stormtrooper and Darth Vader cakes, but it’s still pretty great. 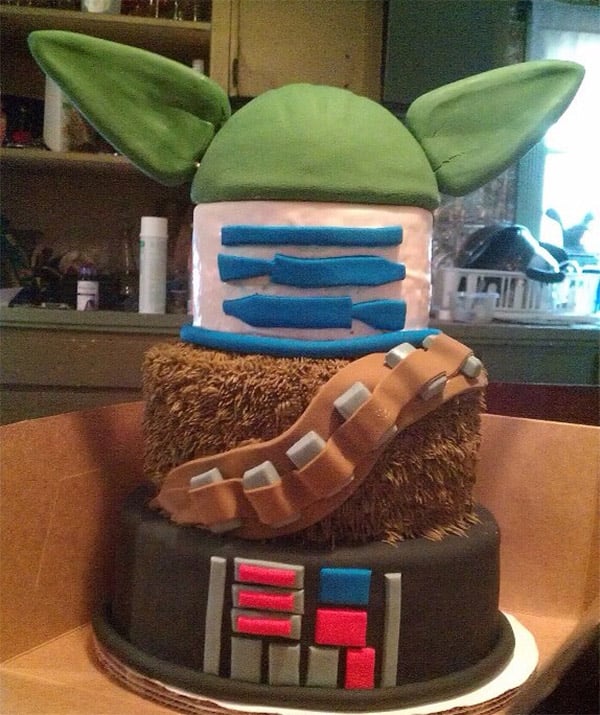 This single cake combines Darth Vader, Chewbacca, R2-D2 and Yoda into a single, epic cake masterpiece. Nobody seems to know who made this amazing cake, but whoever you are, I bend the knee to you. The only thing missing are Boba Fett and Stormtrooper layers but I suppose you could always pick those up here.

[via BTP via That’s Nerdalicious]