I wouldn’t be surprised if millions of Pokémon fans have been wishing for years for a MMO version of their beloved game. Nintendo may soon have more reason to consider making such a game. And I’m not talking about the impending release of World of Warcraft’s Mists of Pandaria expansion and its Pet Battle System. I’m talking about a fan-made effort called PokéMMO. 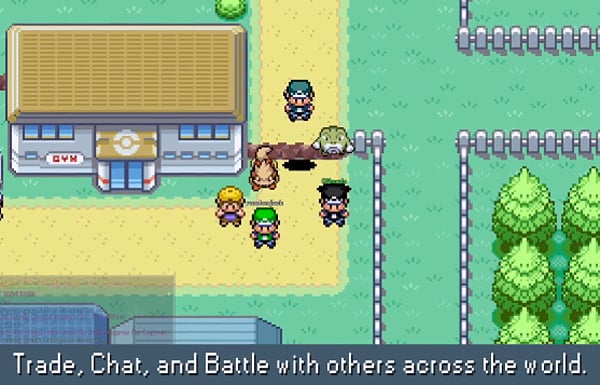 PokéMMO is a Windows MMO based on the Gameboy Advance version of Pokémon Fire Red. Currently in its alpha stage, the game is a lot like most MMOs, but with the beloved monsters and battling system. The picture above says it all. If you’re a Pokémon fan, the trailer below might make you faint with joy. Skip to about 1:10 to see its gameplay.

This game redefines the meaning of PvP. Head to PokéMMO’s website to sign up and play for free. Again, the game is still in alpha so expect a lot of bugs and missing content and features – this FAQ highlights some of them.