AirBridge for iOS: What AirPlay Should Be

In theory, Apple’s AirPlay technology is great – effortless mirroring or streaming to media players from an Apple device. But in reality, AirPlay is severely limited by a couple of factors. It’s only compatible with a handful of media players – including the AppleTV – and it needs an Wi-Fi connection to work. Which is why I think the AirBridge is going to be a massive hit. 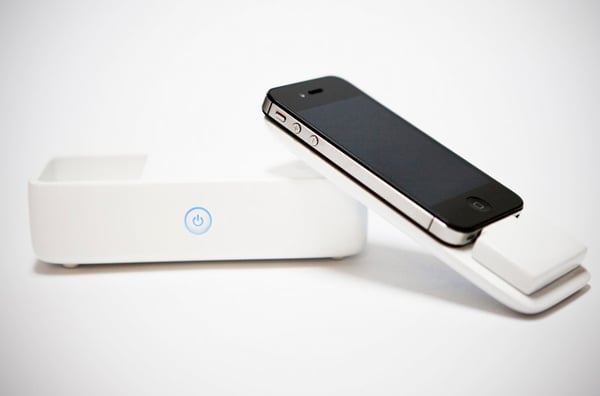 The AirBridge is primarily made of three things: an adapter that plugs into iOS devices, an app, and a receiver with HDMI, VGA, 3.5mm aux and USB inputs.  With the AirBridge you can do everything you can do with AirPlay compatible devices – stream videos, music and pictures, mirror your screen, play games on a bigger display – but that’s not all. The AirBridge can also stream content from one iOS device to up to 10 iOS devices at once, and allows those with the app to upload and share files with each other straight from and to their iOS devices.

The AirBridge does all of this without the need for an Internet connection. And since it works with any device with an HDMI, VGA or USB port, it’s compatibility far exceeds that of AirPlay. It also has a rechargeable battery that lasts up to 3 hours, so you can have a totally wireless setup for a good amount of time, enough for meetings or parties.

Pledge at least $99 (USD) on its Kickstarter fundraiser to be the first to own an AirBridge. It will be available in two models – the high end AirBridge Pro  ($125) does all of the above, while the AirBridge Lite ($99) lacks the VGA and USB ports and won’t be able to stream between iOS devices.

Likewise, the AirBridge app will also come in a free and a $3.99 (USD) version. The $3.99 version has support for more file sharing services and has no size limit on file sharing, while the free version has a 10MB limit but is good enough if you just want to stream media. I really hope it goes into production and I can’t wait to get my hands on an AirBridge.