Over the years, we’ve featured some pretty incredible cakes (and cupcakes) here on Technabob, but to date, we’ve never seen one that had projected, interactive images on it. Well, Disney, being Disney, has been working on the idea for a few years now, and recently was awarded a patent for the technology. 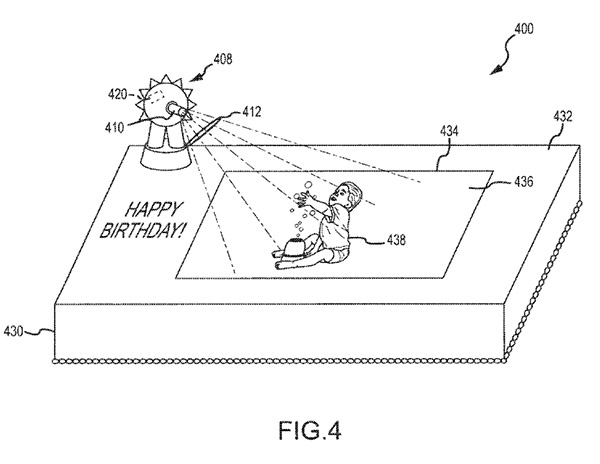 The patent abstract reads as follows:

So think Microsoft PixelSense, but on a cake. Here it is projecting an image of a baby, turning into a backpack-wearing kid, and then into a basketball player. Sure, why not? 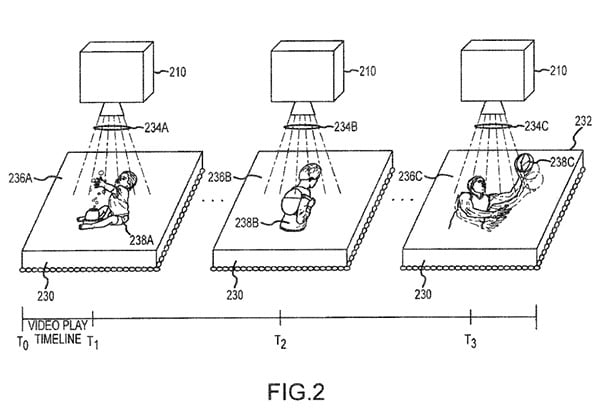 The technology could work with complex topographies and interact differently depending on the section. For instance, a cake could have a river rolling through the middle of a valley, and touching the water would make it splash or change directions without affecting the hills around it. 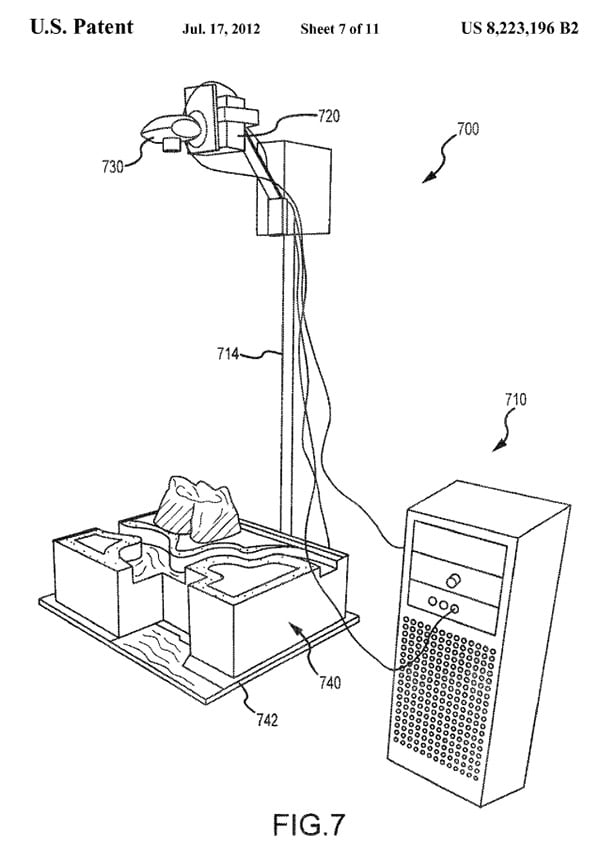 It could even display personalized messages on slices of cake as they are removed from the main cake. 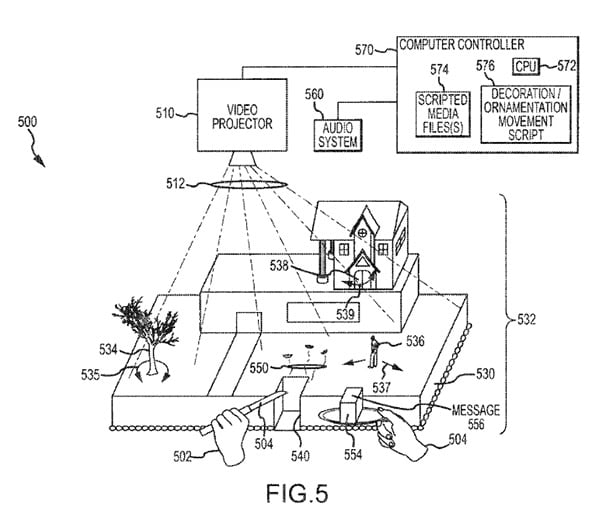 As intellectual property lawyers are known to do, this patent protects Disney in the event that someone wants to make any food that uses a projector and lets you interact with its surface. Granted, the ideas of an interactive, augmented display already have tons of prior art, but in terms of baked goods, Disney was apparently in the clear.

You can check out the full patent over at Google Patents.