Man Hacks Doorbell, Turns It Into a Key

Piet De Vaere read about a hack made by Steve Hoefer, in which Steve made is to he could unlock his door using a secret knock. Piet was becoming annoyed that he had to take out his keys to unlock his gate, so he decided to mimic Steve’s project to solve his first world problem, except he decided to make a secret doorbell code. 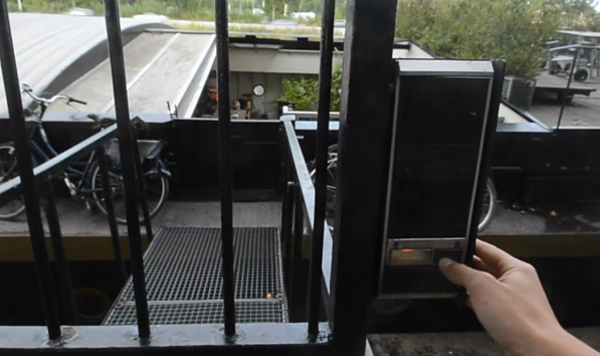 Piet calls his project Janus: The gatekeeper. When Piet rings his doorbell, Janus intercepts the input and compares it with the prerecorded unlock sequence. If the input matches, then the gate opens. If not, a bell rings. Skip to 0:24 to see Janus at work, then to 0:52 to see his brain, which is based on a mehduino.

Head to Piet’s blog for more details on Janus. For obvious reasons Piet doesn’t recommend rigging Janus on your main door. It would be cool and more secure if you can pair it with another layer of geeky gatekeeping, perhaps voice activation. Or you can use it to beef up your current gate and make it so it won’t unlock unless you use your key and enter the secret doorbell code.