Slice up this Dexter Cake Before Dexter Slices up Another Victim

Dexter returned for another season last night, and I haven’t watched it on my DVR yet – so don’t tell me what happened! The show is known for its gory kill-room scenes with its anti-hero serial killer/vigilante Dexter Morgan as he does in his victims. So for those of you with weak stomachs, this might not be for you – but if you like cake – and a little blood, then you’ll love this. 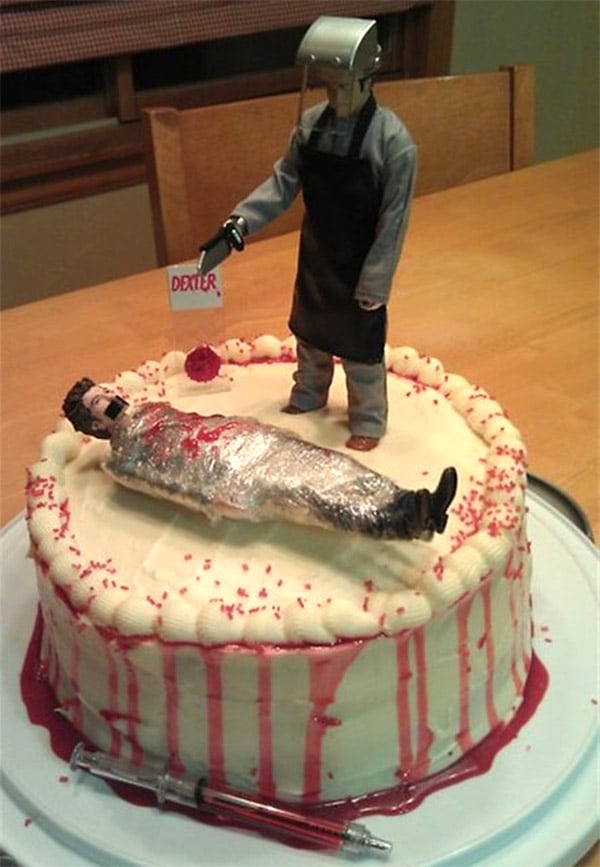 This Dexter cake was posted by redditor gold-coin. And no he didn’t make it, and yes, it’s just a basic white cake with some fake blood on it, some red sprinkles and some action figures stuck on top, but it’s still pretty creative. I especially like the plastic wrap around the victim. Nice touch. Though I think the cake needs some plastic tarps draped around its base to complete the effect. The cake was posted in response to these equally awesome Dexter-inspired cupcakes. 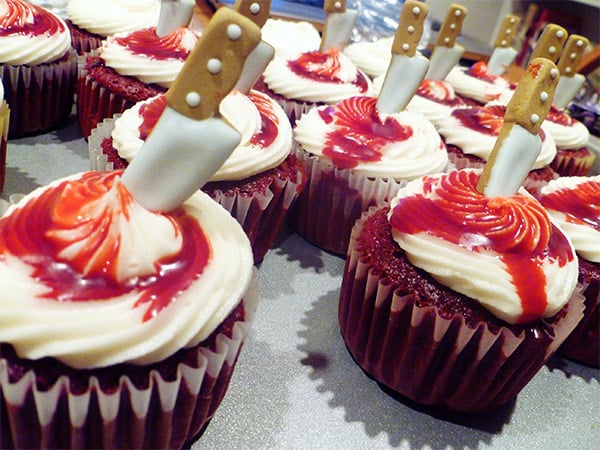 Now I just need some blood slide candies, and my sweet tooth will be fulfilled.