Giant LEGO Vampire Rises from the Ground in New Orleans

Over this past weekend, a vampire was born in New Orleans. No he wasn’t made by somebody biting him on the neck and draining his blood, he was made by a LEGO master builder from about 150,000 LEGO bricks. 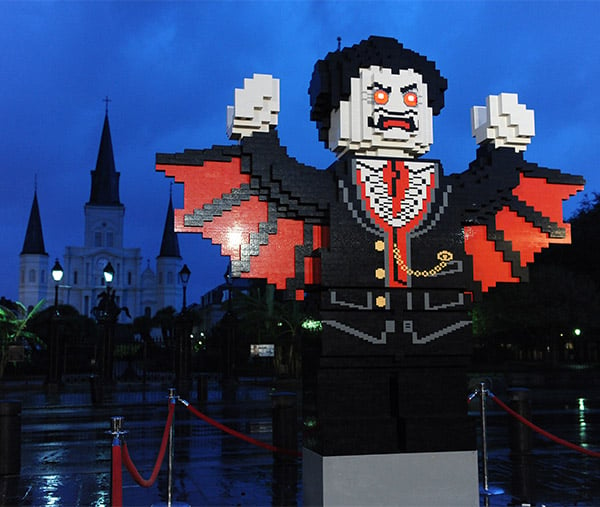 This massive 10-foot-tall LEGO Monster Fighters Lord Vampyre rose in front of New Orleans’ iconic Jackson Square in the wee hours of the morning this past Sunday. It was built by LEGO Master builders along with an army of local residents and visitors who helped assemble the giant vampire, as they worked through the night to complete the sculpture. 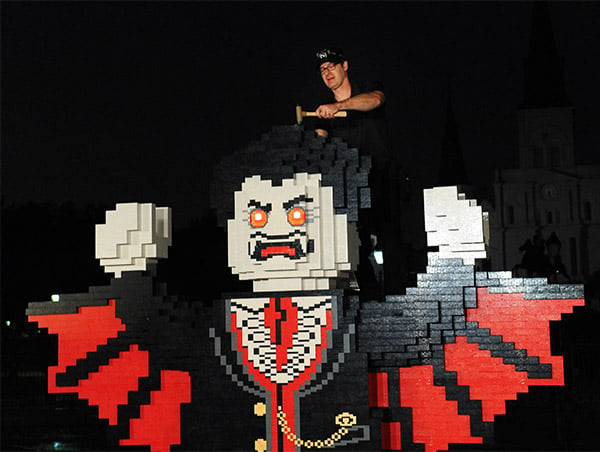 Gotta love those light-up red eyes. How come they haven’t done that on True Blood yet? After it’s disassembled, the giant Lord Vampyre will be reassembled at LEGOLAND California for this year’s Halloween festivities.