Forget Fett’s Vette. Fett’s bike is much cooler. Imagine if Boba Fett had had a bike instead of Slave One. I’m not sure where he would have stored Han Solo in frozen in carbonite, but otherwise I would have loved to see that movie. Maybe he could have used a sidecar. 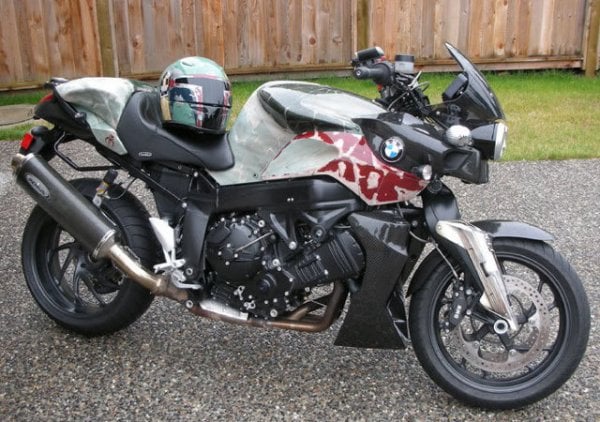 This awesome ride was built by Star Wars fan Tattoodle. It’s a Boba Fett-inspired BMW motorcycle, complete with matching helmet! Of course it has a Star Wars themed Garmin GPS unit on board too in order to track down bounty. 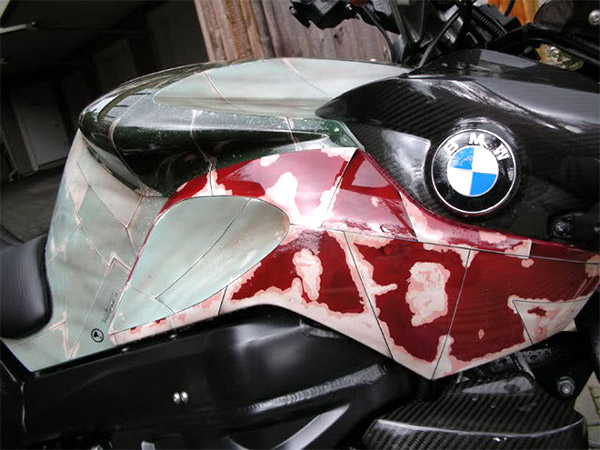 Lucasfilm really ought to team up with some motorcycle companies and offer up some cool rides like this. They would sell like crazy. After all, some of us geeks are actually tough enough to ride a motorcycle. 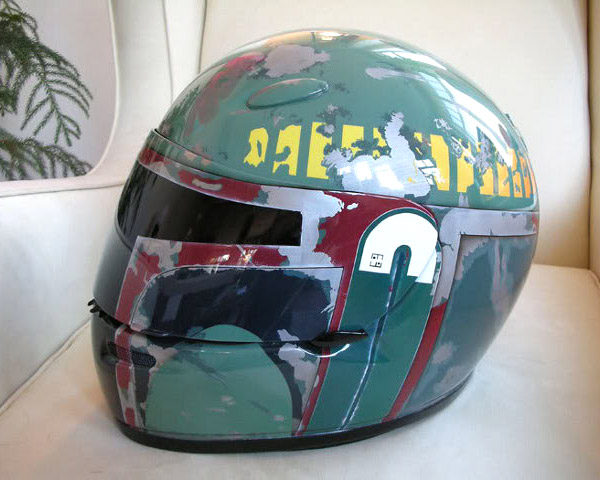