Babis Cloud Trojan Horse: Is There a Computer Hiding Inside?

I spend so much time in front of a computer that I do see myself sometimes being buried with one. However, keyboards are definitely a nice piece of technology, which can be used in a variety of different ways. German artist Babis Cloud created a Trojan horse that’s completely made up of key caps from old computer keyboards. 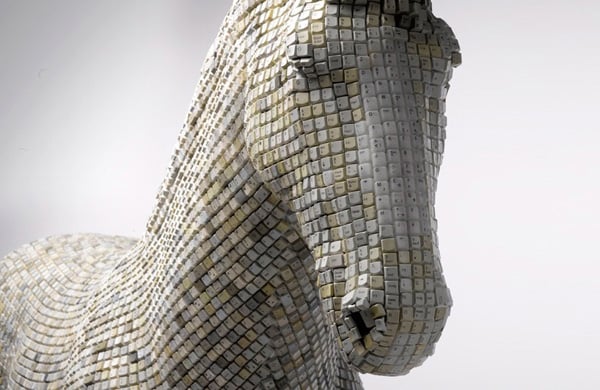 hedonIsM(y) trojaner is a somewhat awkward name, but the horse definitely looks awesome. The recycled keys weren’t assembled haphazardly, but arranged to create gradients of ivory-white, in order to replicate the famous horse that’s referred to in Homer’s Odyssey and originally mentioned in Virgil’s Aeneid. 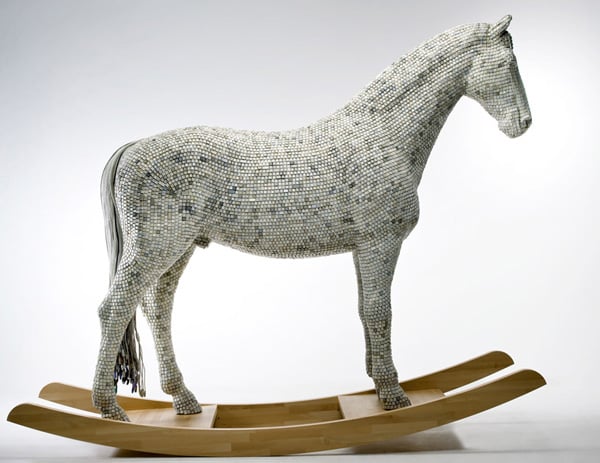 The sculpture is suppsoed to be a commentary on the hedonist susceptibility of contemporary culture, referencing trojan viruses as well. Whatever the reason it was made for, it’s definitely an amazing looking piece of keyboard art. 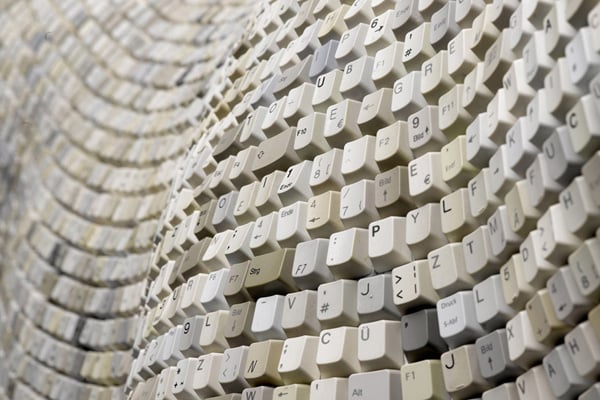