I present to you the ultimate power in the Halloween universe. A fully operational Death Star pumpkin. You kids better hold your candy tight otherwise it’s tractor beam will steal your hard earned stash. 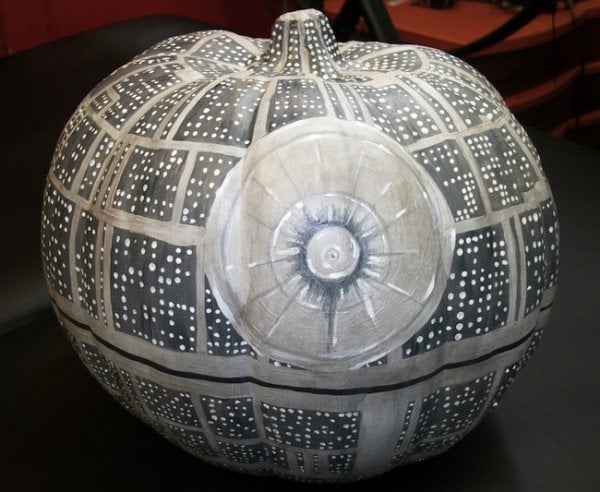 This geeky pumpkin was hand painted and it looks like it took a lot of time to get all of that detail. It’s not a real pumpkin, because you wouldn’t want to see a Death star rot after a few weeks. It’s a fake pumpkin painted with UV reactive and glow in the dark paint.

It measures about 7.5″ tall with a 9″ diameter. It was created by Etsy seller LuckyCricketART and will cost you $225 (USD). While that’s a lot of money for a fake pumpkin, I suppose it’s not a bad price at all if you absolutely must destroy Alderaan.