Urban Camouflage Case Turns Your Laptop into a Newspaper

People with flawed morals and thieving hands would steal a laptop in a heartbeat, but I doubt any of them would want to steal your newspaper. So put this knowledge to good use and protect your notebook in more ways than one with the Urban Camouflage case. 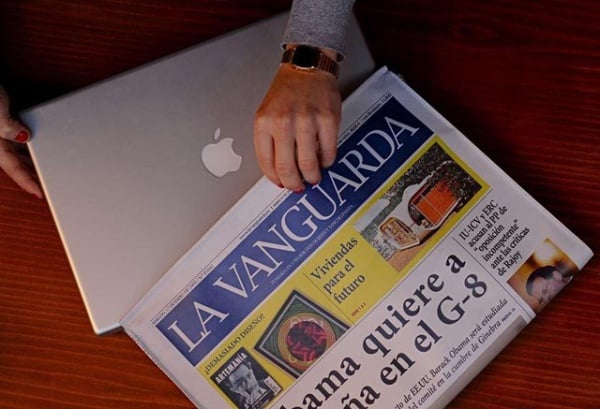 It’s basically a cushy sleeve that looks like a newspaper on the outside. The catch is that the newspaper isn’t actually in English, so that knocks a couple of points off believability – unless you happen to live in Spain – then it’s perfect.

But at least that also reduces the possibility that someone grabs it accidentally because he or she actually thought that it was their newspaper, right? Right.

These quirky Urban Camouflage cases are available from the Fancy for $80(USD).