Admiral Ackbar is the only fishhead in the Rebel fleet who can smell a trap from miles away. That makes him one of the smartest characters in the Star Wars galaxy. Anyone would be proud to dress up as the Admiral on Halloween, but your costume won’t be as cool as this one. 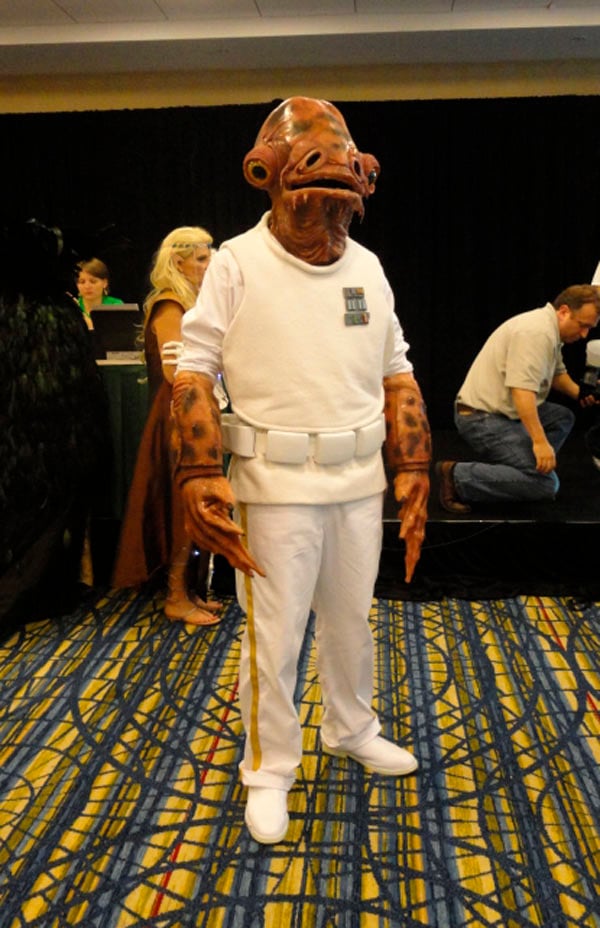 I present to you the most amazing Admiral Ackbar costume ever. Built by a guy named Mr. Bungle, this costume has actual facial expressions for when you need to alert others of a trap. The head and gloves were each custom molded then loaded with electronically controlled servo motors for realistic movements. Check Ackbar out in action in the video clip below.

Your Rebel force will be in good flippers for sure if you’re wearing this costume.

[via The RPF via Obvious Winner]