You might recall late last year when we talked about the gigantically massive Behringer iNuke BOOM that packs 10,000 watts of power and was the biggest speaker dock we’ve ever seen for the iPhone. If you thought that speaker dock was pretty cool, but wanted one small enough to actually fit in your room the company is back with a junior version. The new speaker dock is called the iNuke BOOM Junior. 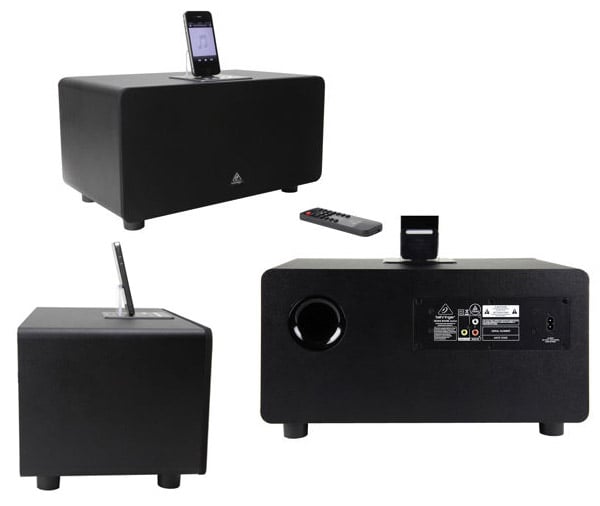 The Junior is significantly smaller than the original from last year, measuring just 8.7 ” H x 16.5 ” W x 9.8″ D, and weighing about 10.6 pounds. That makes it a 1:23 scale version of its big brother. The little box should still provide impressive sound with a pair of one-inch tweeters, two three-inch midranges, and a single 5.25-inch woofer, though it doesn’t have anywhere near 10,000 watts of amplification.

The device has an iPod dock on top as well as a line in and an auxiliary input with stereo RCA connectors. It also has a video out and supports the iPhone, iPod, and iPad – though not the iPhone 5. The iNuke Boom Junior sells for $179.99(USD) over at Costco.